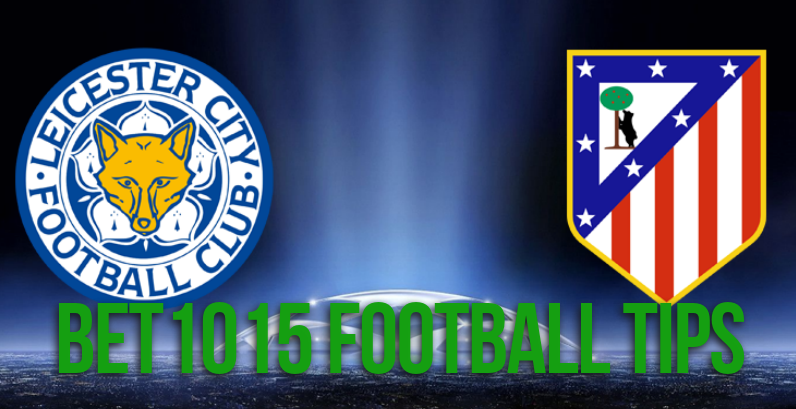 Leicester City kept their UEFA Champions League hopes alive with a stubborn 1st leg performance at the Vincente Calderon. They restricted favourites Atletico Madrid to a solitary-goal win. Los Colchoneros dominated nearly seventy per cent of the possession but were not able to convert that into goals.

Koke hit the sidebar in the initial minutes of the game. Although it seemed that goalie Kasper Schmeichel would have had the shot well-covered. The only goal of the match came from a doubtful decision. Replays of the penalty awarded to the hosts clearly show that Marc Albrighton fouled Antionne Griezmann outside the penalty box.

It was Griezmann's 24th goal of the season and he will be the Foxes' prime threat when Atletico visit King Power stadium this week for the second leg of the clash.

For Craig Shakespeare, the 0-1 score line is a satisfying result giving his team a definite fighting chance in the return leg. But he will be without one of his key defenders, Robert Huth, who will on suspension for the King Power clash having earned a yellow card at Madrid.

Also doubtful will be the injured Wes Morgan. This will create some serious concerns for Shakespeare in the central defence. Yohan Benalouane, who has been so brilliant at the back, will also have to be careful having earned a yellow card already.

The 20-year old defender Ben Chilwell could very well start in the 2nd leg and along with Benalouane. Danny Simpson and Christian Fuchs will have a massive role in shutting out Griezmann & co. on Tuesday night.

Diego Simeone will tighten his defences knowing well that the hosts will be in desperate search for goals. There's little doubt that Jamie Vardy, Shinji Okazaki and Islam Slimani will come at the Atletico goal hammer and tongs. This is a situation which Simeone may want. Los Colchoneros have the right combination of men in the form of Godín, Filipe Luis, Carrasco, Gabi and Koke who can spring up a counter-attack. They will be exploiting the spaces the Foxes will create while on the attack.

Atletico will be very wary of what happened to compatriots Sevilla at the King Power Stadium in the Round of 16, when the Spanish club gave up on the 2-1 advantage they created at home.

Despite the hysterical and partisan environs of the King Power stadium, the two-time UEFA Champions runners-up can be relied on to take in whatever Leicester City has to throw at them. They look on course to prevail in Tuesday night's clash.

The bookmakers' odds are on the Spaniards to make it to the semi-finals. But Craig Shakespeare would want to make the greatest event so far in Leicester City's history, a night to remember.