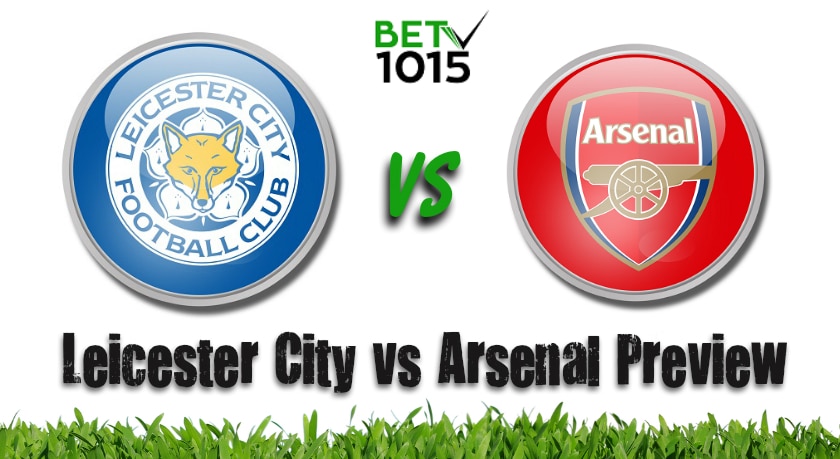 Mansionbet odds quoted are subject to change and were correct as of 27/02/2021.

Leicester City and Arsenal will be locking horns in a much-awaited fixture at the King Power stadium on Sunday noon, February 28th. Leicester are currently placed at third on the Premier League points table, level with second-placed Manchester United, while Arsenal are well below in the 11th and 11 points adrift of the Top four space.

Brendan Rodgers's Foxes have accumulated 10 points from their last four Premier League outings, a spell that includes back-to-back wins over Liverpool and Aston Villa. But they will enter Sunday's King Power home clash on the back of a disappointing 2-0 loss to Slavia Praha that saw them exiting the Europa League in as early as the Round of 32 stage.

The defeat to Slavia Praha underlines their struggles at home where they have lost as many as five of their 12 League outings in an otherwise outstanding season so far.

After a brief seven-match unbeaten run in the December-January phase, Mikel Arteta's Arsenal seem to have returned to their usual ways, losing three of their previous four League fixtures. But Thursday night's Europa League win over Portuguese outfit Benfica will give the Gunners a lot of confidence going into Sunday's noon clash at Leicester.

Arsenal form across all competitions: L/L/W/D/L/W

Leicester have been beset by a host of injuries with James Maddison, James Justin, Ayoze Perez, Dennis Praet, Wesley Fofana and Wes Morgan all joining the casualty list. Rodgers is expected to make changes to the side that started in the Europa League loss with Timothy Castagne, Ricardo Pereira and Harvey Barnes all definitely expected to be back, while there could also be a position in the middle of the park for Nampalys Mendy, who replaced Maddison off the bench against Villa last weekend.

As for the Gunners, center-back Rob Holding should be back after missing out against Benfica owing to concussion protocols. Thomas Partey who came off the bench against Benfica and could now feature in the starting XI, while Willian and Alexandre Lacazette should remain on the sidelines. Martin Odegaard and Emile Smith Rowe should be retaining their starting spots in such a event.

Arsenal will be the more confident side going into the February 28th contest especially given Leicester City's jitters at home. But the Foxes' superlative overall performance in the current edition of the League should hold them in good stead and emerge winners from a tough contest.