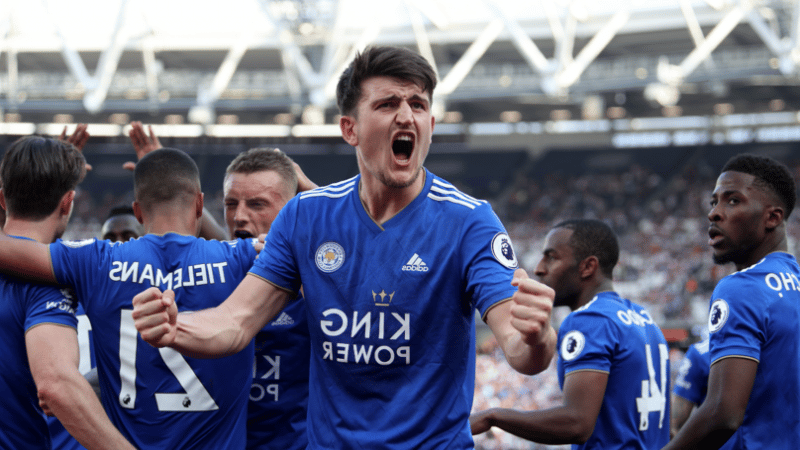 Leicester City and the English national team center back, Harry Maguire, is all set to sign a £80million move to Manchester CITY, pipping out the other interested bidder, Manchester United.

If the deal does go through it would set a world-record transfer fee paid for a defender, topping the £75million paid to Virgil van Dijk by Liverpool in 2018.

The English Premier League champions are prepared to pay the 26-year old £280,000-a-week as reports suggest.

Initially, Maguire was the target for Manchester United but with the management at Old Trafford failing to reach an agreement with the Foxes, City simply pounced at the opportunity to snare the prized defender.

The Red Devils are paying an initial £600,000 for Mejia who has built up a reputation as a goalscoring winger for his club.

United boss Ole Gunnar Solskaer is determined to overhaul his squad after his side's disappointing show in the Premier League in the 2018-19 season.

Youth has been the accent at Old Trafford and Solskaer has already released 15 players to that effect. Veterans like Ander Herrera and Antonio Valencia are some of the major instances of old-timers leaving the club.

Manchester United's plan of doing away with the very expensive £505,000-per-week flop Alexis Sanchez has a hit a roadblock as there are no takers for the 30-year old Chilean forward.

Ole Gunnar Solskjaer does not have the South American Chile international in his long-term plans and reports doing the rounds is that the club could have to pay the forward £12 million for NOT playing for them in 2019/20.

Inter-Milan seem interested in getting the forward on loan but Old Trafford will still end up paying £250,000-a-week or half the Chilean’s wages.

Solskjaer has reached a stage of having to plead with executive vice-chairman Ed Woodward for a deal with Bruno Fernandes, the 24-year old attacking mid-fielder for Sporting CP of Portugal.

The United management have been dilly-dallying around a potential acquisition of the young Portuguese but Solskjaer is keen to get a deal done quickly and is said to have told Woodward to ‘speed things up’ in fear of missing out on one of his top summer targets.

The Norwegian coach simply does not want another “Harry Maguire” like situation to arise.

Fernandes’ agent, Miguel Pinho, was in England last week for talks but was told by United that Sporting's £62million valuation of the player is too high.

Meanwhile Serie A club Inter-Milan have fallen short by £20 million of United's asking price for Romelu Lukaku of £75 million, an amount the Red Devils had paid for Belgian when they had signed him over from Everton.

Solskjaer's desperate search for a center-back has led him to Real Madrid and Raphael Varane.

But the Spanish giant's utter unwillingness to part with their prized defender is reflected in their ridiculously high release price of £430 million.

One of the Tottenham’s Fab Four, Christian Eriksen, is considering a move to Manchester United after his switch to Real Madrid fell through.

The 27-year old Dane has one year left on his Spurs contract and the club will sell him if he does not sign a new deal.