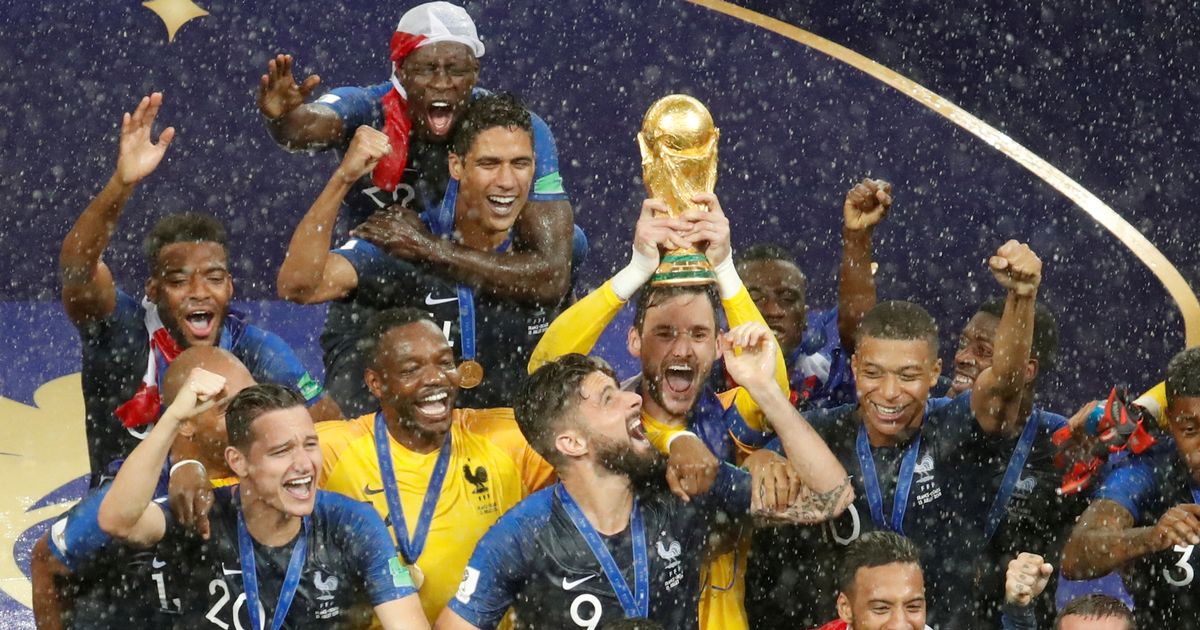 This World Cup final had it all – a first-ever own goal, a VAR (Video Assisted Referee) penalty, a pitch invasion and six goals to boot. The game began with the underdogs Croatia clearly dominating proceedings and threatening to get one past their opponents. But it was Les Bleus who opened the account under fortuitous circumstances when Antoine Griezmann's free-kick deflected off Mario Mandzukic's head for an own goal with 18 minutes of play gone.

The Croats' hard work and dominance were eventually rewarded with a splendid Ivan Perisic left-footed drive from a Domagoj Vida pass that left French custodian Hugo Lloris stranded to the spot.1-1 in the 28th minute. Zlatko Dalic's men looked capable of adding one more before the interval with some incisive attacking play orchestrated by Luka Modric, Ivan Rakitic and Perisic, but it was the French again who were landed one from only their second move of the game into the Croatian box.

Argentine referee Nestor Pitana awarded a penalty to France after consulting the VAR in the 38th minute of play. This happened when Griezmann’s corner flew over Blaise Matuidi and struck the left hand of Perisic who did not seem to move his hand and could not see the ball. The decision seemed a bit harsh as it did not appear to be a clear and obvious error. Griezmann, as usual converted the penalty and the French went into half-time an with an undeserving lead.

The second half started in a compelling mode with the Croatians going toe-to-toe with the French for a quarter of an hour before a six-minute spell saw them going down by two sudden goals.Paul Pogba's powerful shot into a defender rebounded again to the French mid-fielder who drilled in a left-footer to the lower near corner to make it 3-1 for Les Bleus in the 59th minute. The 65th minute saw winger Lucas Hernandez dribbling past Mandzukic and a hapless Domagoj Vida and essaying a pass to Kylian Mbappe on the far right who made no mistake in burying the shot into the bottom far corner from 25 yards.

The 19-year old wonder became the only teenager since the great Pele to score three goals in a World Cup. The game was out of reach of the Croatians but they were not the ones to give up. Mandzukic narrowed the gap to two goals in the 69th minute cash in on a goal-keeping error. Lloris attempted a pass to a French winger with his hands but inadvertently found the right-foot of the onrushing Croatian striker and the ball rolled past the keeper into the net.

Luka Modric and co's. efforts to close in the near-impossible two-goal gap after that was met with some resolute French defending with backs Samuel Umtiti, Raphael Varane, Benjamin Pavard and even the rest getting into the act. The French hung on to register their 2nd win after 1998. For coach Didier Deschamps it was a unique French double having featured in the winning 1998 team as a player and now as manager.

Interestingly, the Croatians had 66 per cent of the ball-possession and 14 attempts on goal compared to 7 from their opponents. But as was evident from most of Russia 2018 games, having most of the ball wasn't the key to winning. The French had six shots on target while the Croats came up with just four.

A massive Moscow downpour marked the end to what was one of the most memorable World Cup finals ever played and the best and most dramatic World Cup ever. “Proshchay” to Russia 2018!.