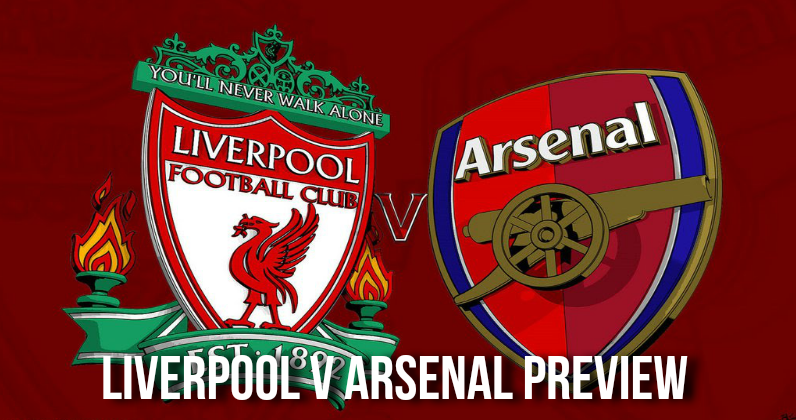 Quirky decisions by Arsene Wenger have cost Arsenal many a match. Saturday's defeat of 0-1 against Stoke City was no exception. £52 million acquisition Alexandre Lacazette was replaced 12 minutes before the game ended with Theo Walcott. This was just at a time when the Gunners were mounting huge pressure on the Stoke goal in search of an equalizer. Lacazette, in fact, almost got one when his shot in the 72nd minute to the top corner of the rival net was disallowed following a doubtful off-side decision.

The Lyon-import has been true to the enormous amount spent on him. He's been getting goals in the opening game win against Leicester and in pre-season friendlies before that. Along with Alexis Sanchez who has a 50-50 chance of returning, Lacazette will be the key to getting vital goals when the Gunners travel to Anfield on Sunday. It will be their 3rd Premier League outing.

The prolific Chilean who has been the subject of transfer rumors of late. He may eventually end up featuring in the weekend Anfield clash. Wenger is already warning Arsenal fans not to expect the best of Sanchez so early in the season.

As for the Gunners defense, the trio of Nacho Monreal, Shkodran Mustafi and Sead Kolasinac have looked really mediocre. Only the return of Laurent Koscielny from suspension could give the back line some credibility.

Poor showing in the upper mid-field space by the likes of Mezut Ozil and Granit Xhaka have been cause for concern. There doesn't seem to be any worthy replacements in sight either. The usual suspects – Welbeck, Bellerin, Oxlade-Chamberlain and Aaron Ramsey will have to step up their game. They need to deliver the one thing Arsenal will need on Sunday – goals.

Liverpool, too, have been plagued by problems similar to those of Arsenal. Overwhelming ball possession but no goals. Against a lowly and leaky Crystal Palace defense, the Reds scored only once from their 13 shots on goal.

Firminio, Sturridge and Sadio Mane lost innumerable scoring opportunities in the face of some resolute Palace defending. Only Mohamed Salah stood out for his initiative and was unfortunately introduced very late in the game in place of Sturridge. Surprising, considering that the Egyptian winger/striker was so impressive in the 3-3 draw against Watford. One could definitely expect to see more of him against Arsenal on Sunday.

The Liverpool defense showed plenty of weaknesses against the physical play of Watford forwards. The same cannot be ruled against top-class men like Sanchez and Lacazettes.

Liverpool could be going into the Anfield clash without Coutinho (who hasn't featured in a single game so far) given that the Brazilian forward's future with the Reds is under a cloud what with Barcelona angling for him.

As for the history of these two sides, the Gunners have just one win from their previous five outings with Liverpool.

Bookmakers are expecting the hosts to walk away with this one, too. But a possible Alexis Sanchez return and Lacazette thrown into the mix and Wenger not doing anything funny, Arsenal could find their normal form that could make life difficult for the Reds.