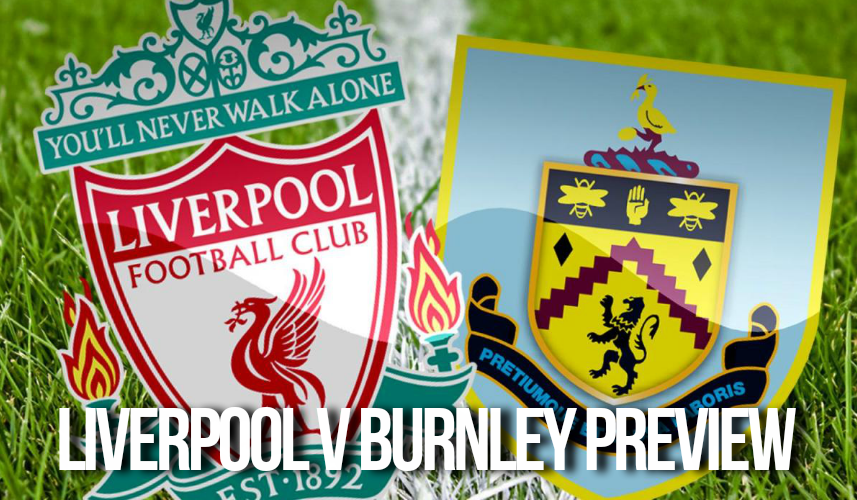 Liverpool, still reeling from the 0-5 drubbing at the hands of Manchester City will face Burnley FC at home in Anfield on Saturday for their 5th Premier League outing.

The Reds can up to some extent take comfort in the fact that the sudden exit of Sadio Mane, red-carded in the 37th minute, led to their colossal defeat at the Etihad.

Barring the champagne performance in the 4-0 win over Arsenal in the previous week, the Liverpool defense have been found to be struggling as evinced earlier from their 3-3 draw against Watford.

Going into the Burnley clash, Klopp will have to consider bringing in the dependable centre-back Dejan Lovren, left out inexplicably for the past couple of matches. The inexperienced and sloppy 18-year old Alexander-Arnold will be around for some time in the right back space given Nathaniel Clyne's prolonged recovery from injury.

Matip, Klavan and Moreno were hopeless at the Etihad and there could be little comfort against the likes of Sam Vokes, Chris Wood and Robbie Brady who would be looking to hit Liverpool on the breaks.

There wasn't much to complain about Mohamed Salah and Firminio, who had to take on defensive roles in the Etihad defeat post the early exit of the electric Sadio Mane. Under normal circumstances both Firminio and Salah are outstanding and one will expect them to carry on the good work upfront against Burley.

Arsenal import Oxlade-Chamberlain will take time to set in but could prove to be valuable in the matches going ahead. The ex-Arsenal winger featured only for the finishing five minutes of the UEFA Champions League game against Sevilla on Wednesday night.

Coutinho made a comeback, putting all the controversies surrounding him to rest and was introduced by Klopp in the last 15 minutes of the same match. The Firminio-Salah combine served a warning to Burnley, scoring both the goals for the Reds in 2-2 their draw against Sevilla. The Liverpool attack could further get bolstered for the weekend EPL clash now that Coutinho is back.

As for Burnley, the Premier League campaign seems to be chugging along better than expected. Barring a disappointing 0-1 loss at home to West Bromwich, a 3-2 win against reigning champions Chelsea, a 1-1 Tottenham Hotspur and a 1-0 win over Crystal Palace is more than what a team that narrowly missed relegation in 2016-17 can ask for.

But Sean Dyche's Hornets could be considered lucky in the sense that they had to face a Chelsea down to nine men and the winning goal against Crystal Palace came from a horrendous back-pass by a rival winger.

Burnley's luck against top sides could well run out at Anfield over the weekend when they will be facing a full strength Liverpool, possibly with the controversial Coutinho back.

The Reds' opener against the Hornets in the 2016-17 season had resulted in a shock 0-2 loss. But Sean Dyche shouldn't hope for an encore at Anfield on Saturday.

Liverpool would like to put behind them, the Manchester City debacle and the not-so-satisfying result against Sevilla and emerge winners from the Burnley clash. A 2-0 or 3-1 win for Jurgen Klopp's boys could be on the cards at Anfileld in the Liverpool v Burnley clash.

Find the Best Bookmakers to bet on Liverpool v Burnley