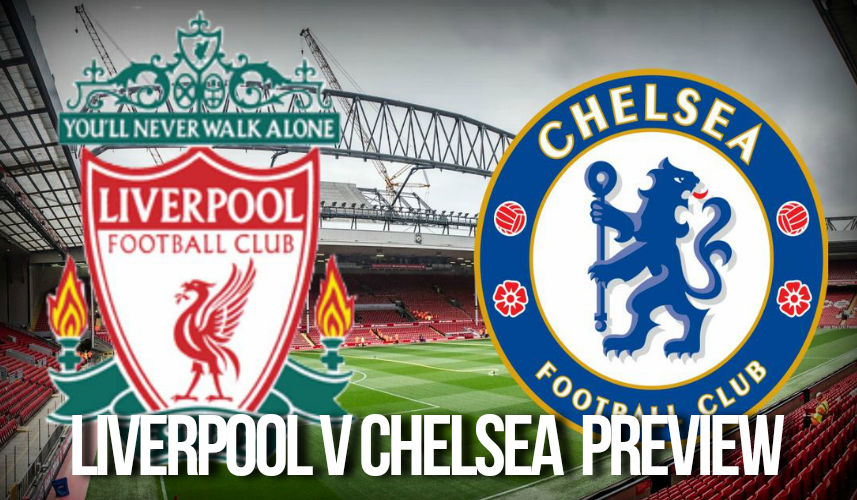 Liverpool get ready to host Chelsea, who are a clear 3 points ahead of them on the table at 25. The Reds start at a disadvantage for the mere fact that even if they were to win the game they could still be behind their November 25th opponents on goal-difference. Both teams have come out of emphatic wins over West Brom and Southampton.

Antonio Conte's boys have a long trip to Azerbaijan where they play Qarabag in a UEFA Champions League group clash. To that end, the Chelsea coach had rested Cesc Fabregas and N'Golo Kante in the first half of the West Brom game. Eden Hazard dazzled in the seventy minutes he featured in, scoring a brace before being replaced by Pedro.

The Blues will field their strongest possible starting XI when they visit Anfield. They will have a fantastic bench strength to choose from, too.

The attack quartet of Morata-Hazard-Pedro-Fabregas is undoubtedly among the best in the continent. A Liverpool defense that has a propensity to crack, things could tight at Anfield this weekend. The Reds back-line marshalled by the likes of Dejan Lovren, Ragnar Ke come out stronglylavan and Alberto Moreno have held out well in recent games as evinced from the lone goal they have conceded from their last three games.

Post their 1-4 defeat at the Wembley against Totteham last month, Jurgen Klopp's men have come out strongly. Registering three emphatic wins on the trot and in their customary attacking style banged in as many as ten goals in those games.

The assault has been led by their winger-forward Mohammad Salah. He already has nine goals from his twelve Premier League appearances. The advent of Sadio Mane after a spell of injuries and suspensions also has lent teeth to the Liverpool attack.

The Anfield game could possibly see Chelsea dominate possession. However the Reds counter-attack led by the likes of Salah, Coutinho, Firminio and Sane could be speedy and vicious. That's where the visitors could concede goals.

The Chelsea defence has done a good job so far this season. The ten goals they have let in is next only to Manchester City, Manchester United and Tottenham.

Liverpool could be a bit bedraggled from a gruelling trip to Spain where they played Sevilla in a Europa League group clash on November 21. The Reds lead the cluster but a defeat on Thursday could push them to the second spot. It could cause some demoralization before the Anfield clash with Chelsea.

Liverpool have a good recent history with the Blues, having gone without a defeat in their last five encounters and winning two of them. Online bookmakers have also factored in the home advantage for the Reds while placing favourable odds for a Liverpool win.