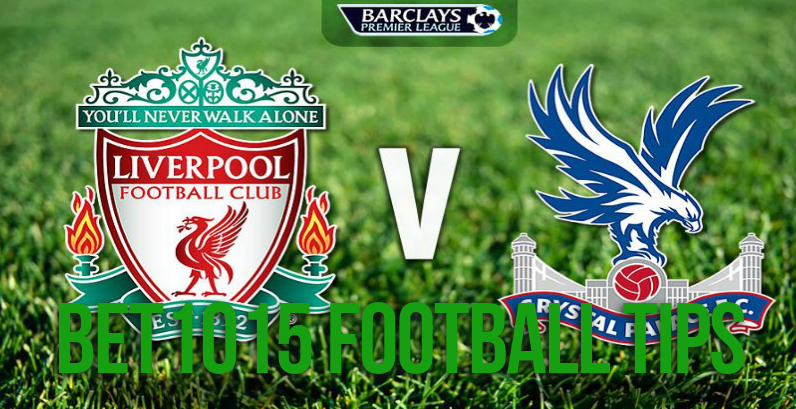 From the bottom of the Premier League table in February-mid, it's been a frantic push upwards since the time Sam Allardyce took over the reins of a demoralised Crystal Palace side from Alan Pardew. The revival phase has seen the Eagles move out of relegation territory. They are in a somewhat respectable 15th position now. Quite incredibly, Palace have lost only one of their last seven outings, a 1-3 defeat to Southampton. This comeback period was marked by three remarkable wins. One over Chelsea (1-2), Arsenal (3-0) and West Bromwich (0-2). Plus a stunning draw against Leicester City (2-2).

The Eagles now get ready for their trip to Anfield. There they will play out a tough clash this Sunday against Jurgen Klopp's Liverpool. Liverpool have recovered from their shock defeat to a resurgent Leicester City in February-end. They have gone on to remain unbeaten in the next 8 games since then.

But Crystal Palace, despite their lowly position on the Premier League table has a penchant for goals.

Their tally of 44 goals this season is more than the 37 scored by top half clubs like West Brom, Southampton, Watford and Stoke City. Though the Eagles are low on getting goals on the road they have found the back of the net in each of their last three away games.

At Anfield, one can expect Palace's top scorer for the season, Christian Benteke (12 goals) and the speedy and wily winger Wilfried Zaha (5 goals) to create anxious moments for the Reds' defence. Lovren, Lucas, Georginio, Wijnaldum and Emre Can could have their hands full keeping men like Benteke, Zaha and Townsend at bay.

For a 3rd placed team, Liverpool have conceded as many goals as 8th placed West Bromwich and 9th placed Southampton. But Jurgen Klopp's philosophy of “attack and attack” have fetched his team the most goals of all Premier League teams. He has men like Firmino and Coutinho as strikers. Folks like Daniel Sturridge and Adam Lallana (out on injury) will be in support to get him the goals needed to win. Even though the Eagles' defence has improved dramatically under Allardyce, backs Joel Ward, Martin Kelly, Mamadou Sakho and Jeffrey Schlupp will be kept extremely busy at Anfield by the constantly probing Liverpool front line. (Palace conceded just 6 from their last 7 outings out of their season's tally of a whopping 52 goals let in).

There were goals galore when the Reds had last made their trip to Selhurst Park. Jurgen Klopp's men had prevailed 4-2 then. Expect the proceedings to be not very different at Anfield on Sunday. The only difference is that it's a more determined Crystal Palace under Sam Allardyce this time around. Barring hiccups, Liverpool look likely to earn their 3 points from this one. This would mean they would stay rooted to their present 3rd spot. But at the same time, they would be wary not to drop points from the Palace game. Manchester City are hot on their heels just 2 points behind and one more game to play.