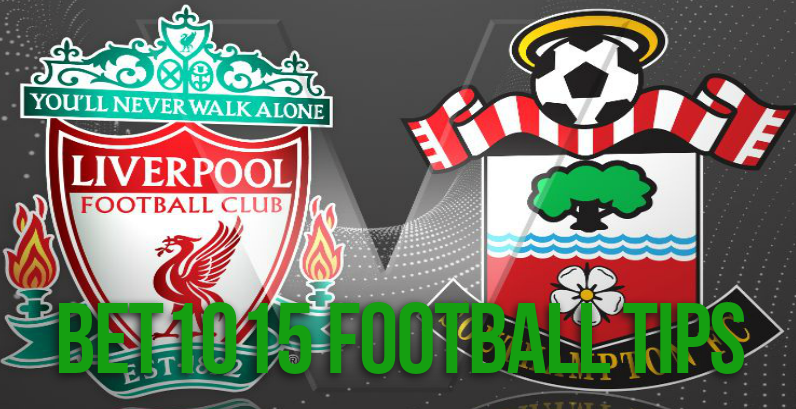 Jurgen Klopp's Liverpool managed to make their position in the Top 4 somewhat stronger post their 0-1 victory over Watford at Vicarage Road on Monday.

The Reds now prepare to host 9th-placed Southampton. The Saints have come out of a very disappointing 0-0 draw with relegation candidate, Hull City. Claude Puel's men have lost half of their last 10 Premier league outings and have gone without a win in their previous three.

The Saints have yet to find a striker to match the quality of Charlie Austin, out with an injury since December. The advent of Napoli-import, Manolo Gabbiadini, seemed to have revived hopes in the striking department. The Italian forward getting four goals in his first three appearances itself. But Gabbiadini, too, has been somewhat off-colour and not found the back of the net since March 4th's clash against Watford. Once among the club's premier men upfront, Shane Long hardly finds a place in the starting XI and comes in as a substitute on most occasions as he did in the Hull clash.

The prolonged absence of key center-back, Virgil van Dijk, has not helped either. Even some of goals that the Saints have scored of late, e.g. in their 2-4 loss to Chelsea, have come from not very regular defenders Oriol Romeu and Ryan Bertrand.

Striking mainstays Dusan Tadic, Nathan Redmond and Gabbadini will need to get their act together if Southampton are to make a match of it at Anfield the coming weekend.

Jurgen Klopp's Liverpool have apparently recovered from the dismal manner in which they began the year. A horrific 8-match spell spanning January and February in which they could muster just one win. Apart from a shock 1-2 loss to Crystal Palace in April last, the Reds haven't lost a game in their nine outings since March. They have notched up significant 3-1 wins over Arsenal and Everton.

The Saints will also have to deal with a Jurgen Klopp side who have been quite stellar at home in Anfield where they have a record that reads like 11 wins/4 draws/2 Losses. The only 2 home defeats for the Reds have come against minions Swansea City and Crystal Palace, both relegation candidates.

Even without key men like Sadio Mane, Adam Lallana and Jordan Henderson out on prolonged injury spells, the Reds have been able to hold on well to a Top four slot and are not short on scoring talent.

Folks like Firminio, Coutinho, Daniel Sturridge, Emre Can and Divock Origi should be enough to torment a Southampton side that has conceded more than they have scored in their last six outings since April.

Since Southampton's re-entry into the Premier league in 2012, these two clubs have faced each other on 8 occasions. Surprisingly the share of outcomes has been even-stevens. There have been 3 wins for the Saints and 4 for Liverpool.

The Reds' last outing with Southampton was a 0-0 draw at St Mary's Stadium in November. Liverpool definitely have the upper hand this time at Anfield as UK bookmakers odds suggest. However the visitors would like to take inspiration from Crystal Palace ‘s stunning win at the ground last fortnight to turn the tables on Jurgen Klopp's men.