Home Football betting Liverpool vs Arsenal Prediction – Odds, where To Watch and Correct Score Tips at 9/1 and 13/2
1.

Liverpool vs Arsenal Prediction – Odds, where To Watch and Correct Score Tips at 9/1 and 13/2 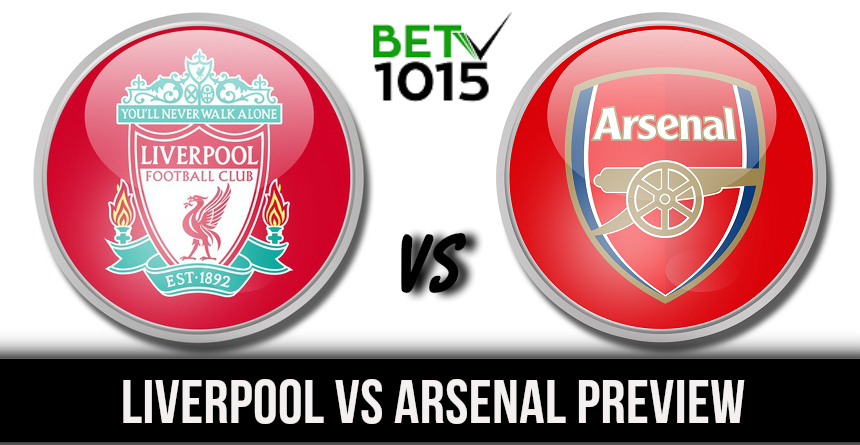 * The Liverpool vs Arsenal Odds are taken from online bookmaker Betsid and were correct as of 28/12/2018 – subject to change.

Liverpool vs Arsenal Where To Watch


Odds taken from online bookmaker Betsid and were correct as of 28/12/2018 – subject to change.

Unai Emery's Arsenal visit Merseyside, a clean 13 points behind League toppers Liverpool for the last match of the calendar year at Anfield. Jurgen Klopp's Liverpool are six points ahead of next best Tottenham Hotspur and look distinct contenders for the 2018-19 Premier League title.

The Gunners were stunned out of their undefeated reverie when a lower bottom-half Southampton beat them 2-3 in an away game and their weakness on the road seems to have re-surfaced when they drew 1-1 with 13th placed Brighton & Hove at the Falmer Stadium on Wednesday.

For Arsenal, Nacho Monreal and Shkodran Mustafi look doubtful for the Anfield clash while Hector Bellerin and Henrikh Mkhitaryan are out for two and six weeks respectively.

The key players will be Pierre-Emerick Aubameyang, Alexandre Lacazette and Mesut Ozil upfront and Laurent Koscielny in a probable central back position after returning from a long-term injury.

Bernd Leno is now the more familiar face of the Gunners between the posts than that of sidelined goal-keeper Peter Cech.

For Klopp, the only injury concern is James Milner with a hamstring injury that kept him out of the Boxing Day win over Newcastle.

Joel Matip and Joe Gomez look likely to miss Saturday's clash. Klopp is likely to tweak the expansive 4-2-3-1 formation he adopted against Newcastle and bring in an extra body in midfield for the clash against Arsenal. This could see Xherdan Shaqiri make way for either Naby Keita or Fabinho in that space.

The Reds are in the midst of an awesome streak, winning all their games in December so far including four-goal drubbings of Bournemouth and Newcastle and a critical 1-0 win over Italian powerhouse Napoli in the UEFA Champions League.

Dejan Lovren, Mo Salah, Xherdan Shaqiri, Fabinho and Virgil van Dijk have all been among goals of late.

Arsenal haven't won in any of their last seven encounters against Liverpool since they last the beat the Reds in April 2015 and given that they are back to their shaky old ways in away games, the tie at Anfield looks a daunting proposition.

Odds are pointing to a 2-0 win for the hosts and it would take a phenomenal Arsenal effort to reverse that.

Liverpool will remain at the top of the table by year-end while Arsenal will look to break into the Top Four with a win at Anfield, but again, if that were to happen, it will hinge on how the Crystal Palace-Chelsea clash on Sunday pans out.