Liverpool vs Everton Prediction – Toffees to see Red at 10/1 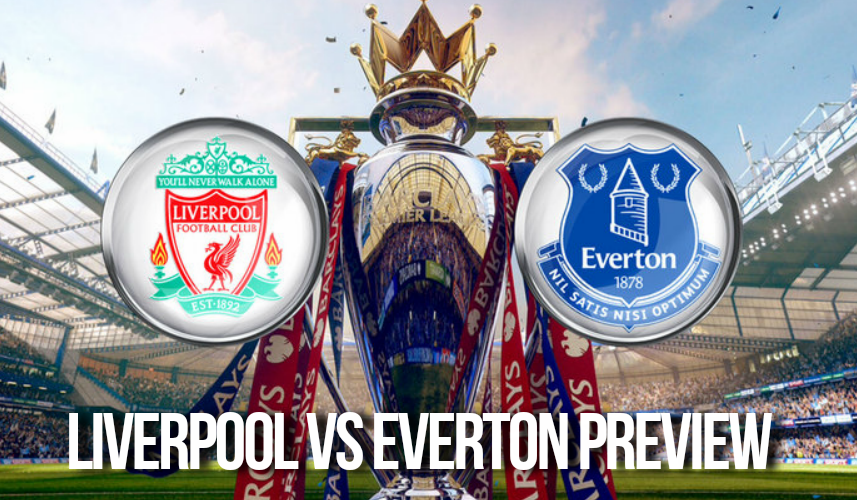 Everton seemed to have shrugged off the disastrous effects of their season under ex-coach Ronald Koeman and post an impressive performance in the last one month.

Having won only two of their first ten Premier League games, the Toffees have recovered to post victories in three of their next five games under caretaker manager David Unsworth. In fact, the last of those wins, a 2-0 against Huddersfield came under the stewardship of their new manager Sam Allardyce.

Wayne Rooney has been playing some of the best football after exiting Manchester United, a hat-trick in Everton's 4-0 win against West Ham United being the high-point of the veteran's 2017-18 season.

Playing in a more central midfield role, Rooney with as many as three assists and three goals in the last two games seems a changed person under the new management.

The defense, too, comprising the likes of the young Jonjoe Kenny and Mason Holgate and led by the very experienced Ashley Williams looks much more solid than before, not to speak of the talented Jordan Pickford between the posts.

Apart from scoring two wins on trot for the first time in the season, the Toffees have maintained clean sheets in their last two EPL fixtures.

The fact that Everton have clawed up from an abysmal 18th spot on the EPL Table in October last to a respectable 10th spot now, is testimony to their immense improvement in the last one month.

But that may be hard to maintain when Sam Allardyce's boys go to Anfield this weekend for a daunting clash against a marauding Liverpool side.

Coach Jurgen Klopp's bunch are not just on a goal spree but on a winning run, too, having emerged victorious in five out of their last six Premier League games.

Liverpool have pumped in as many as 19 goals of the total of 33 they have scored during the entire season, from those half-a-dozen games alone.

Mohammed Salah with twelve goals, Roberto Firmino with five and Philippe Coutinho and Sadio Mane with four each have all been unstoppable of late. Even the Reds' propensity to concede goals suddenly seems to be a thing of the past, although it must be said that they haven’t had the kind of opposition that would have tested their current back-line of Emre Can, Dejan Lovren, Wijnaldum and Alexander-Arnold in recent times. Liverpool who let in as many as sixteen goals from their first nine games, have conceded just three from their last six.

Liverpool host Spartak Moscow at Anfield on Wednesday in a UEFA Champions League clash that shouldn't trouble them by any means as they are already into the Round of 16.

With Mohammed Salah & co. mounting attacks in the manner they have done in recent games, Liverpool fans would expect their team to make mincemeat of Everton at Anfield on Sunday. But the visiting Toffees now look like a team that could spring a nasty surprise.

Bookie odds are heavily stacked on a win for the hosts with a possible scoreline reading like 3-1 or 4-1 in their favour. Rooney's form will be one of the key things to watch out for in Sunday's game.