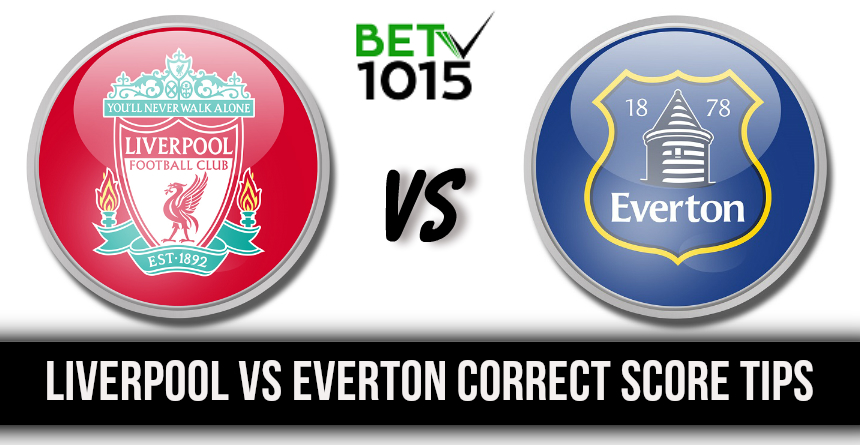 * The Liverpool Vs Everton Odds are taken from online bookmaker Betsid and were correct as of 01/12/2018 – subject to change.

01/12/2018 Liverpool Vs Everton Odds from Betsid, subject to change

Liverpool Vs Everton Where To Watch

When Is Kick Off: Sunday 2nd December​
​What Time Is Kick Off: ​16:15 GMT
​Where Is It Played: ​Anfield​
​Liverpool Vs Everton Referee: Chris Kavanagh

Visit bet365 for sports online streaming. You will need to have a funded account or have had a settled bet in the last 24 hours to qualify to watch sports streaming for free. Check to see if the Liverpool Vs Everton Online Stream is available by looking at the football fixture listed on the bet365 website. The Play or Video icon next to it means it is scheduled to be shown via Live Streaming.

Liverpool are back from Paris with their Champions' League future in jeopardy after the 1-2 loss to French champions Paris St Germain in a critical UCL Group encounter. However, things are no that gloomy on the domestic front with Jurgen Klopp's men just a couple of points behind Premier League table leaders Manchester City.

Come the Reds' upcoming Anfield encounter with a visiting Everton, Mohammed Salah will be playing his 50th Premier league game for Liverpool in which he has racked up a staggering 39 goals, although the current season is turning out to be a bit muted for the mercurial Egyptian.

But he still tops the list of goal-scorers for the Reds with 7 PL goals compared to his fellow forwards Sadio Mane's 6 and Roberto Firminio's 3.

The attacking trio will be in focus as usual at Anfield on Sunday evening when Liverpool host the Toffees for their 14th PL clash.

Apart from the attack triumvirate of Salah, Firminio and Mane, the wings will be manned by the electric Xerdan Shaqiri and Jordan Henderson and a rock-solid defence to back them up.

Marco Silva's Everton have had the best phase of the season post a disastrous 6-match spell ending September.

The Toffees have won 5 of their last seven games since October that includes a gritty 0-0 draw with Chelsea away at Stamford Bridge.

This has helped the side to recover from a 12th spot to a very impressive 6th ahead of teams like Manchester United and Bournemouth.

Coach Silva's plan will be to dig deep in the Anfield game for which he has an impressive back line that has names like Seamus Coleman, Michael Keane, Yerry Mina and Lucas Digne and the superb Jordan Pickford between the posts. While warding off potential waves of Liverpool attacks, Everton's strategy will be to try and hit on the breaks through opportunistic players like GylfiSigurosson, Richarlison and the quicksilver Theo Walcott.

Liverpool Vs Everton Who Will Win?

Barring a 0-0 draw to champions Manchester City, Liverpool have been formidable at home, winning all their 5 remaining fixtures at Anfield during the 2018-19 season.

In the light of such daunting statistics, it would be difficult for Everton to emulate what they did against Chelsea at Stamford Bridge a month ago.

Post a 0-2 defeat at the Goodison Park way back in 2010, Liverpool have gone through a sequence of 17 games without a loss to their Sunday opponents. Which is why the odds are heavily on the hosts to take 3 points from December 2nd's evening game.

Everton could slip a place below on the table if they are to lose to Liverpool on the 2nd, since Manchester United are only a point behind them with a comparatively easy outing against Southampton on the cards.