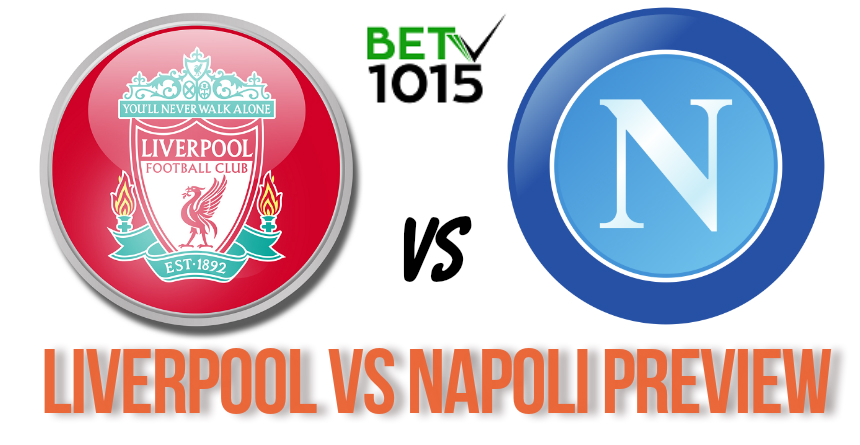 * The Liverpool Vs Napoli Odds are taken from online bookmaker Betsid and were correct as of 01/12/2018 – subject to change.

Liverpool vs Napoli Where To Watch

Visit bet365 for football online streaming. You need a funded account or have had a settled bet in the last 24 hours to qualify to watch sports streaming for free.

Both Liverpool and Napoli cruised to easy wins in their weekend domestic outings ahead of their crucial UEFA Champions' League fixture at Anfield on Tuesday night.

While the Reds demolished Bournemouth 0-4 away at Dean Court, Napoli made short of their Serie A opponents, Frosinone, by a similar margin.

Mohammed Salah got the first hat-trick of the season in the Bournemouth game and fans will expect the mercurial Egyptian to show the same killer instincts against Carlo Ancelotti's side at Anfield.

Salah will have Roberto Firminio and Sadio Mane to lend him company upfront. Fabinho and Nabi Keita could start in the midfield together and Trent Alexander-Arnold who was rested for the weekend game could come in place of James Milner who played an unusual role of a defender against Bournemouth.

Virgil van Djik will, of course, be the fulcrum of Jurgen Klopp's defense and along with Alexander-Arnold, Joel Matip and Robertson form the teams back quartet.

The bench strength of the Reds is quite strong, too, with Xerdian Shaqiri, Adam Lallana, Divock Origi and the brilliant Daniel Sturridge, all fit to be introduced at any time during the game.
So the Liverpool line-up could look like – Alisson (goal); Trent, Matip, Van Dijk, Robertson; Wijnaldum, Fabinho; Mane, Firmino, Keita; Salah

The experienced Colombian international, Ospina, will come in to take over from Alex Meret who made his goal-keeping debut for Napoli in the game against Frosinone. Rui, Mertens and Lorenzo Insigne will form the frontal trio for the Italians at Anfiled.

Napoli have drawn all their away Group games and a similar result on Tuesday wouldn't bother them.

Leading the Group with 9 points, they are a clear 3 points ahead of the 3rd place Liverpool in the Group C cluster.

The Reds will have to beat the visitors from Italy by a three-goal margin at least to give them any chances of qualifying for the Round of 16.

Moreover the Merseyside club will have to hope that Red Star Belgrade beat Paris St Germain at the Rajko Mitic Stadium.

If 2nd placed PSG (who are on 8 points) even manage a draw away in Serbia on Tuesday, it will be curtains for Liverpool.

The odds are on Liverpool to take 11th December's game at Anfield but they look to be on their way out of the Champions' League barring some extraordinary results on Tuesday.

Check out our bookmaker lists which offers the best acca football insurance deals for punters.