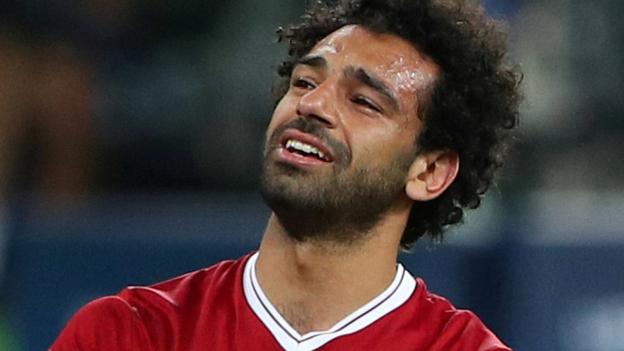 Liverpool's 2018-19 opener at home against West Ham will come on the back of a memorable season where they nearly won the UEFA Champions League and finished the Premier League in the Top Four.

Jurgen Klopp's men got into a special knack for goal-scoring and their tally of 41 goals in the 2018-19 Champions League is a record only matched by Real Madrid.

Mohamed Salah, Roberto Firmino and Sadio Mane scored a staggering 91 goals between them in all forms of competition and fans are looking forward to the most lethal EPL attacking trio to repeat their feat of the previous season.

The Reds attack will have support in the midfield from new acquisitions in the form of Naby Keita (RB Leipzig), Fabinho (Monaco) and a surprising arrival of winger-cum-striker Xherdan Shaqiri from Stoke City.

West Ham United showed signs of fighting qualities after David Moyes took over as manager from a beleaguered Slaven Bilic at a time when the team were deep into relegation territory.

The Hammers did excellently to finish the season in the 13th spot of the EPL table, notching up wins against Leicester City and Everton and a draw against West Ham United in their final three games.

Come the new season, the Hammers management have concocted a managerial coup of sorts signing Manuel Pellegrini, Manchester City coach from 2013 to 2016.

Whether Fabianski, 33, would begin in place of regular custodian Adrian against Liverpool will be interesting to see. Another signing, Andriy Yarmolenko from Borussia Dortmund on a £17.5 million deal should spice up the Hammers attack along with the likes of Javier “Chicarito” Hernandez and Marko Arnautovic.

The Pellegrini effect is already on show with the Hammers going unbeaten in their last 6 pre-season friendlies, winning four of them.

As far as comparing recent forms go, Liverpool's only loss from their 10 friendly outings came against Borussia Dortmund at the 2018 International Champions Cup in the USA in July.

Being the opening game of a fresh season, both teams may not be at their full strengths with the likes of Firminio, Salah and Mane on extended holiday breaks post the Russia 2018 World Cup.

A look at the records of the past 10 encounters between these two interestingly show the Hammers losing in just one game out of the first six and winning in three of them. Post a 2-2 draw in December 2016, the tide turned with Liverpool registering wins in three consecutive clashes since then.

The latest for West Ham is that Pellegrini has managed to snare Arsenal forward, Lucas Perez, for £4 million. The 29-year old Spaniard not having found favour with Gunners coach Arsene Wenger, was loaned out to La Liga club Deportivo for the 2017-18 season.

The clash between two attacking coaches, Pellegrini and Klopp, should be a mouth-watering prospect, but with Liverpool's phenomenal home record (unbeaten in all of their 19 games at Anfield last season), the odds would be heavily stacked against the visitors.

The advice will be a no bet on this occasion as it's too early in the season for a correct score prediction.