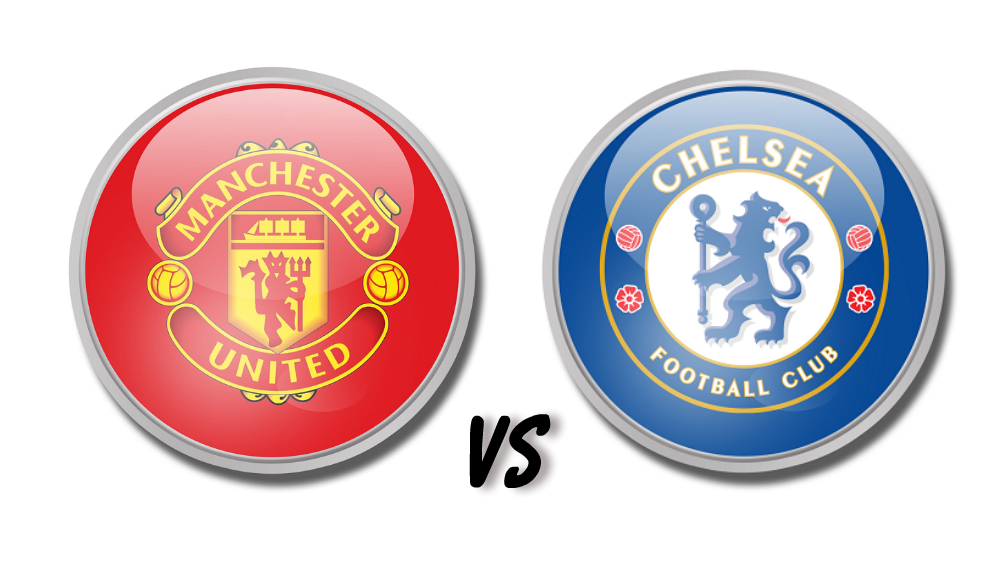 While Manchester United and Chelsea can be said to have conceded the Premier League title to Pep Guardiola's City, both teams will battle it out for a place in the Top 4. While hosts United seem better-placed than their weekend visitors, for Antonio Conte's Blues, even a draw could dislodge them from their current 4th spot what with Tottenham biting at their heels with just a point behind.

Given the war of words between Mourinho and Conte, the battle at Old Trafford will be one of the most anticipated games of the season.

Chelsea seemed to have got their bearings right after the back-to-back shockers against Bournemouth and Watford, coming back to their winning ways with a 3-0 drubbing of West Bromwich last week.

Eden Hazard's brace in that game will give the ace Blues forward a lot of confidence going into the Old Trafford match. He will be an important component in Conte's 3-4-2-1 formation where he will probably play behind the £70m Alvaro Morata who seemed to have got over niggling back injury issues.

But there could be tough competition for the lone striker's spot from Arsenal-import Olivier Giroud, given that Morata has been struggling for goals. The £18m Giroud was impressive in recent games against West Bromwich, getting his first goal there besides being very impressive in Chelsea's 4-0 FA Cup win over Hull City last Saturday.

The mid-field quartet of Marco Alonso, Cesc Fabregas, N'golo Kante and Victor Moses could be a potent force if they can get their act together. Willian and Pedro with goals in the Hull City game could be knocking on the doors as far as the Chelsea forward space goes.

With Paul Pogba's record acquisition in previous season proving to be a damp squib, United's reliance on the next pricey bagging, Romelu Lukaku, has only stengthened.

Although nowhere near the blistering goal-scoring form of early 2017-18 season, the Belgian's overall game has improved considerably in the sense he is not just a striker, but a playmaker, too. His 2 goals in the FA Cup win against Huddersfield Town has helped the Red Devils progress to the quarter-final phase of the tournament.

The United attack has been further strengthened by the arrival of Alexis Sanchez, Arsenal's star striker. The trio of Lukaku, Sanchez and Mata are expected to form the front three of Jose Mourinho's expected 4-3-3 formation for Sunday night's game.

The back-line of Luke Shaw, Marco Rojo, Lindelof and Anthony Valencia could be seriously tested by the wiles of Hazard & co. David De Gea's phenomenal talents between the posts could come to the fore.

Chelsea's defense comprising of Cesar Azpilicueta, David Luiz and Anthony Rudiger look less convincing than that of their weekend opponents and could come under a lot of fire against the likes of Sanchez and Lukaku. The speedy Marcus Rashford could compete for space upfront and could come in for Juan Mata at some point of the game.

Despite Chelsea having won half of the last 10 encounters between these two, many of those at Old Trafford have ended in draws. The last time the Blues visited the venue, they succumbed to one of their rare defeats.

Bookmakers are wagering on a Manchester United win in Sunday afternoon's critical Premier League clash, although there's a lingering feeling among watchers that things could get tight for the hosts, what with a slightly weary Red Devils side back from a gruelling mid-week European outing away in Sevilla, Spain.

Meanwhile Chelsea could be either be motivated or deflated or emerge battle-hardened, coming out of their big UEFA Champions Round of 16 home clash against a formidable Barcelona on Tuesday night.