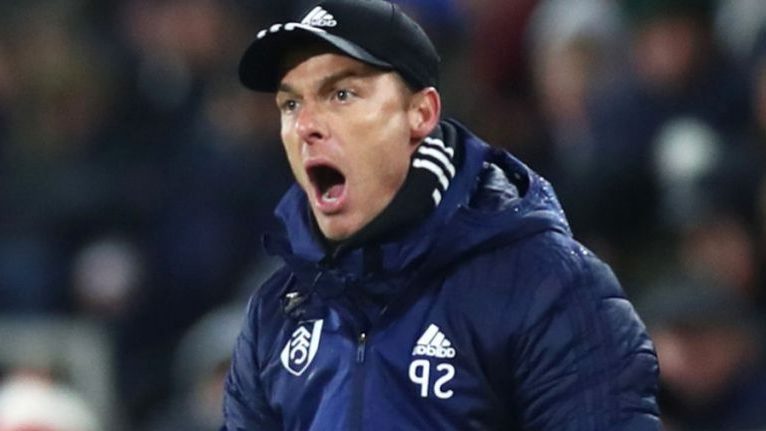 Fulham coach Scott Parker expressed his frustration when he confessed of being devastated by the club's 1-4 loss to Watford last weekend. With only five games to go, the defeat makes the Cottagers' relegation a certainty. With just 17 points from 33 games, Fulham are still a huge 11 points behind another relegation candidate,18th placed Cardiff City.

Parker took over as caretaker manager when Claudio Ranieri was sacked in February, but Fulham have lost all five games since his advent to that role.

The fact that all the losses were against Top half clubs that included sides like Manchester City, Liverpool and Chelsea, softens the blow a bit.

There has been a slight improvement in performance levels in terms of effort and commitment since Scott Parker assumed interim charge, even though the individual errors remain.

There are voices at Fulham that want Parker to be made full-time manager. Appointing a new manager from outside would open the club to the same mistakes they committed at the beginning of the season.

Under Ranieri, owner Shahid Khan had splurged as much as £100 million on 12 new signings and the horrific results are just there to see.

Changes to the squad though could only cause more instability like the ones witnessed at Craven Cottage this season, over and above being very expensive. Another spending spree would just help compound the serious issues the club already faces. Though Fulham cannot undo the decisions they made last summer, Parker's confirmation would help the club scale back on this score. A manager hired from outside may not have the same knowledge of the club as Parker does and may not be able to mould the team and maximize everyone’s potential.

The best that the 38-year old London-born caretaker manager can do now is to prepare Fulham for next season's Championship, where a lot of their players can expect to do well. Parker himself was a fierce competitor in his heydays – constantly charging around, diving into challenges and inspiring his teammates. Given his clear grasp of the fundamental issues besetting the club, a permanent job at Craven Cottage would give him sufficient time to put things right before August. A couple of good moves like retaining of the aggressive center-forward Aleksandar Mitrovic and also the powerful wide forward Aboubakar Kamara when he returns from his loan spell at Turkish club Yeni Malatyaspor, would stand Parker in good stead.

Surprisingly the name of Alan Pardew, West Bromwich's manager till a year ago, is doing the rounds at Craven Cottage. Having managed sides like Southampton, Newcastle United and Crystal Palace, the 57-year old Pardew with his wide experience and extensive contacts in English football, could be someone that Parker can lean on now and then.