Manchester City maintained their fine start to the Champions' League as they moved smartly up to the top of Group C after an emphatic win over Greek side Olympiacos at the Etihad stadium on Tuesday night.

Ferran Torres scored in his fourth consecutive game in the competition to give City an early lead in the 12th minute after a deft one-two with Kevin de Bruyne saw the Spaniard side-foot his finish through the legs of Olympiacos goalkeeper Jose Sa.

City threatened through the frontal quartet of Phil Foden, Raheem Sterling, Riyad Mahrez and De Bruyne but were finding it difficult to add to their early goal.

Olympiakos, who have a dismal record in England with only 2 wins from their 17 visits so far, were landed with a glorious opportunity within 10 minutes of the second-half but Mathieu Valbuena inexplicably sliced wide of a gaping goal.

The Greeks seemed to be getting a grip of the game as Youssef El-Arabi forced a fine save from City custodian Ederson soon afterwards and Jose Holebas blasted wastefully across the goal after darting into the box from the left. 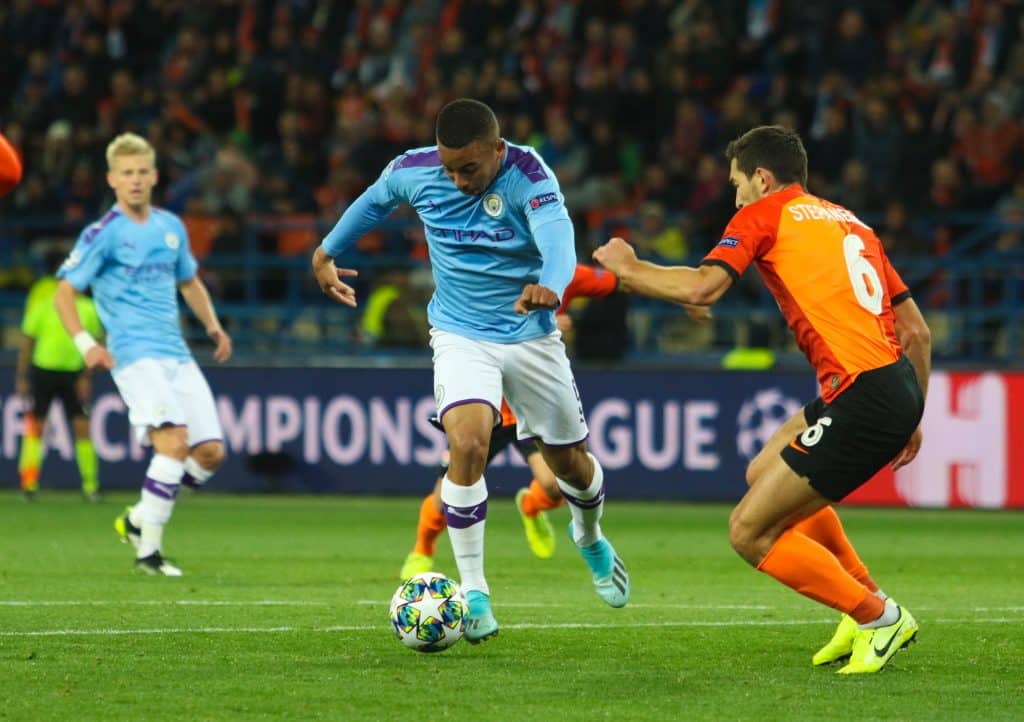 Gabriel Jesus who had not played a game since September 21 owing to injury was then introduced in the 69th minute along with midfielder Rodri in place of Mahrez and Foden to reverse the run of play.

Guardiola's move seemed to have paid off as De Bryune fed a pass to Jesus down the right of the box. The 23-yeer old Brazilian created space for himself before delivering a powerful shot that took the ball away from Sa at the near post before finding its way into the roof of the net.

There was still time for a third given City's 16 attempts till then and it came through Joao Cancelo in the 90th minute as the winger collected the ball in midfield, barged forward and connected beautifully with a 25-yard strike that dipped into the corner of the rival net.

The three-goal win was a relief for Guardiola on the scoring front given that City despite all their dominant possession had found the back of the net just four times from their last four Premier League games.

With Tuesday night's win, City moved to the top of their cluster with 9 points, three ahead of FC Porto who managed a 3-0 victory at home against Marseille. Olympiacos remain a distant third having accrued only 3 points so far.

Man of the match: