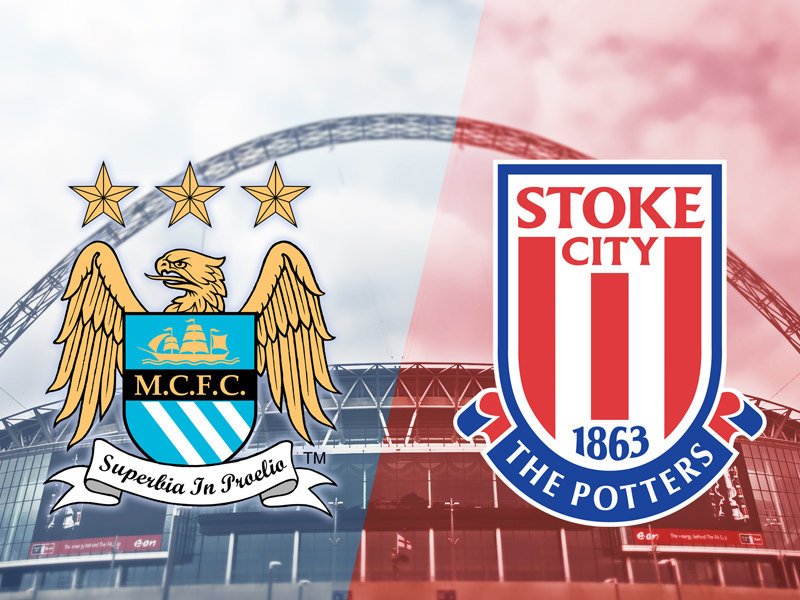 Irrespective of the outcome of the Liverpool-Manchester United clash, Manchester City looks all set to maintain their top position on the Points table post their weekend clash with Stoke City. Coach Mark Hughes' Stoke City suffered a huge home jolt when their “fortress image” at the Bet365 stadium was shattered by a 0-4 crushing at the hands of Chelsea. A sketchy 2-1 win against Southampton have done little to restore their confidence going into the monster challenge at the Etihad on Saturday.

The Potters are still having to rely on the aging Peter Crouch for goals (2 goals so far). Eric Maxim Choupo-Moting who also has a couple of goals to his credit and has been the most impressive Stoke player this season hasn't found the desired support upfront from team-mates Mame Diouf, Jese Rodriguez and Xherdan Shaqiri. The absence of Ryan Shawcross and Bruno Martins Indi at the back means that the Potters' defense will be even more vulnerable than usual. With just two wins from their seven games and barely eight points on the table it looks likely that Mark Hughes team are likely to slip further down from the 13th position they are presently in.

Manchester City will be without their ace-striker and top scorer, Sergio Aguero, (6 goals from 7 games) for at least a couple of months. The Argentine forward met with a car accident in Amsterdam late last month and landed up with broken ribs.

But that should not worry City, given the attacking riches at their disposal. Raheem Sterling (6 goals), Gabriel Jesus (4) and Leroy Sane (3) have all shared in the spoils of some flattering wins of 5-0, 0-6 and 5-0 against Liverpool, Watford and Crystal Palace respectively, all in a row. Following that up was the most satisfying win for coach Pep Guardiola – a 0-1 result away at Stamford Bridge against Chelsea. The lone goal came from Kevin De Bruyne, his first of the season. The only Premier League goal of the season for De Bruyne does take away anything from the 24-year Belgian mid-fielder whose incisive moves and deadly passes have probably made him the most dangerous of all City players. The same could be said of David Silva, whose assists are behind his side's emphatic success of late.

On the defensive front, City will probably miss out on the injury-prone Vincent Kompany out with a calf complaint and Monaco-import Benjamin Mendy who has a cruciate knee ligament injury that will keep him away for months. But the back-line is looking much more solid than before thanks to the advent of ex-Tottenham right back Kyle Walker this season.

City have won six of their previous ten encounters with the Potters and the only loss they suffered at the Etihad was way back in August 2014 when they lost 0-1 to their weekend opponents. Expect Pep Guardiola’s boys to add three easy points from this one.