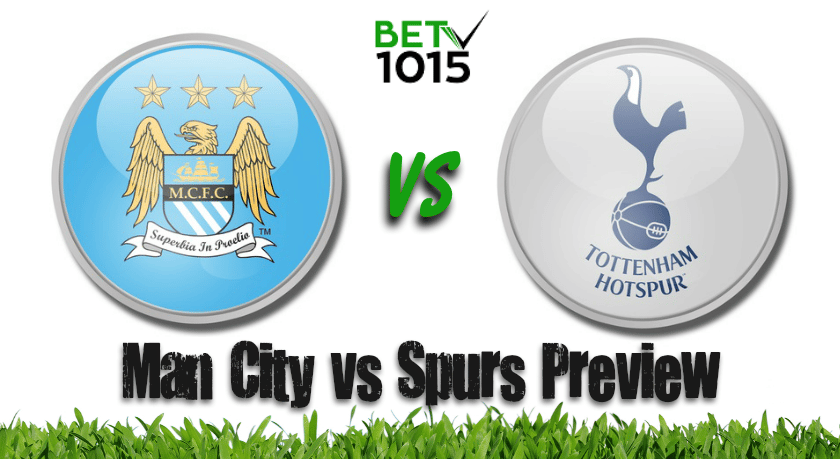 on 13th February, Saturday at Boylesports. Click below for details.

Once favourites at the beginning of the season, Tottenham trail 14 points behind their forthcoming rivals who now have their eyes set firmly on the Premier league title. The two teams who are scheduled to clash at the Etihad on Saturday evening, endured contrasting fates in the 5th round of the FA Cup, with favourites Manchester City overwhelming second-division side Swansea 1-3 and Tottenham exiting the tournament after a 4-5 defeat to Everton.

As far as the Premier League is concerned, Pep Guardiola's City are on an unbeaten run of 14 games, 12 of which have been wins. By contrast, Jose Mourinho's Spurs have only two wins to show from their previous 5 League outings and that too against relegation candidates Sheffield United and West Bromwich.

The Lilywhites succumbed to three defeats in succession in this spell – losing to Liverpool, Chelsea and unfancied Brighton.

As for team news, Sergio Aguero and Kevin De Bruyne are not yet fully fit for Saturday's clash and are joined in the injury list by Nathaniel Ake.  Aymeric Laporte could start at the back once again in case Ruben Dias does not recover from a fever in time. Changes from the side that beat Swansea are expected with Ederson, John Stones, Joao Cancelo and Riyad Mahrez all set to start at the Etihad. Rodri who was forced off with 20 minutes remaining in the Swansea game, seems doubtful while midfielder Fernandinho could also sit this one out owing to a thigh injury.

For Spurs, the out-of-favour Dele Alli could be back in the reckoning after having recovered from his injuries. Gareth Bale who has been paling slowly into insignificance may not find his place on the bench too after suffering from muscle problems. Sergio Regulion and Giovani Lo Celso who missed out on the Everton clash owing to injuries are likely to miss the trip to Etihad, too. Harry Kane will in all likelihood start with his long-time attacking partner after having come in as a substitute against Everton.

Pep Guardiola's City are a completely different side to the ones that lost to Spurs 0-2 earlier in the season. Bookmakers online are giving the visitors to the Etihad very little chance to collect even a point at the Etihad. City have too much firepower even without the presence of the likes of De Bruyne, Aguero and Jesus for Spurs to come. The combination of Kane and Son will have to hit peak form to reverse things for Tottenham.