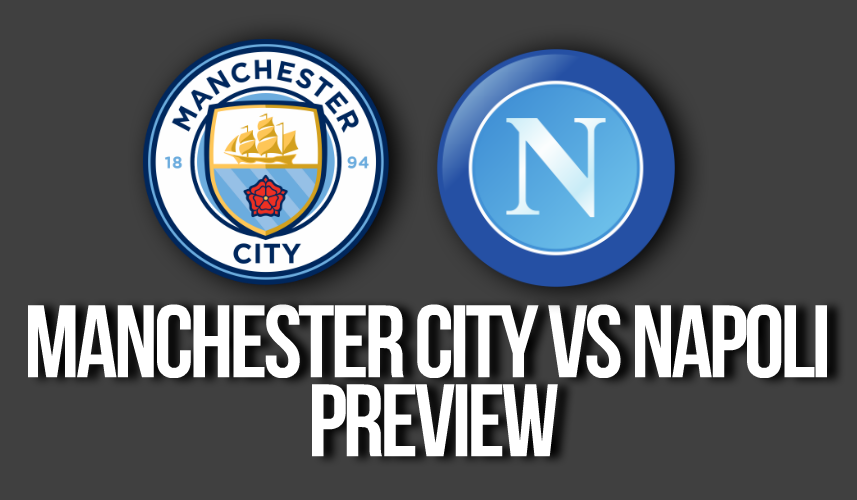 Tuesday's UEFA Champions’ League clash at the Etihad stadium will be between Table toppers of the English Premier league and Italy's Serie A. While Manchester City have dropped just one of the seven Premier League games, Napoli have created Italian history by winning all their seven opening Serie A fixtures of the 2017-18 so far.

The Italian club have not shown the same kind of dominance in their European outings, though. The chinks in the back-line clearly showed on their trip to Ukraine when they were stunned 1-2 by an unfancied Shakhtar Donetsk. The Ukrainian outfit managed to find the back of the net twice from just four attempts on the goal in contrast to their opponent's seventeen.

The regular Napoli back-line of Elseid Hysaj, Raul Albiol and Kalidou Koulibaly (all club veterans) will be made to pay dearly for any defensive lapses at the Emirates stadium by a Man City attack perennially hungry for goals.

Even without ace striker Sergie Aguero (out for some time owing to a car accident in Amsterdam), the likes of Kevin de Bruyne, Raheem Sterling, Gabriel Jesus and David Silva will be too hot to handle. But the City defense, even though much improved, with the advent of Kyle Walker from Tottenham and John Stones coming of real value in his 2nd season, need to be wary of the mercurial Belgian striker Dries Mertens, Jose Callejon, Lorenzo Insigne and the great improvisation and speed of Marek Hamsik in the midfield and wings. The Napoli attack has hammered in 25 goals from their 7 Serie A games which is 5 more than title-holders Juventus from the same number of matches.

Napoli need to win Tuesday's fixture against Man City if they are to move up from the third spot they currently are in the Group F hustings of four teams. It would be difficult to envisage City in anything else than the Top position of Group F at least for some time.

The hosts are the favourites to win next week's Emirates clash despite the visitors' premier Italian position. City drew one and lost one to Napoli from both their UEFA Champion League fixtures in 2011, but the English club have looked better and better in their European outings over the years. Their entry into the Last 8 in the 2016-17 season was the best European performance ever and they look poised to repeat that feat this time around, too. Napoli were Group leaders in the previous season, but had the misfortune of running into Real Madrid in the Round of 16.

On the domestic front, Manchester City had a relatively easy outing in the Premier League last weekend when they hosted Stoke City, while Napoli faced their sternest Serie A test of the 2017-18 season when they traveled to the Italian capital to play 2016-17 runners-up Roma last  Saturday.