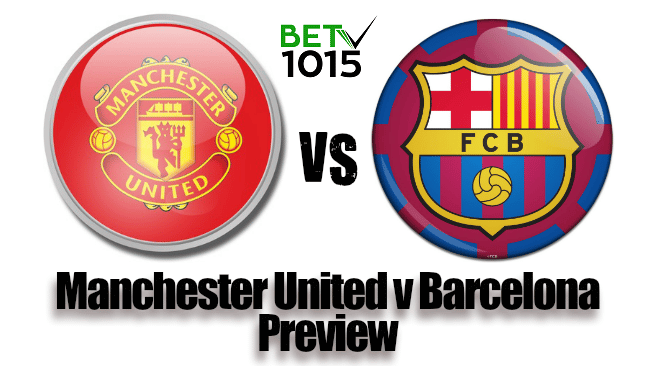 Having virtually pocketed the La Liga title after Saturday's 2-0 win over Atletico Madrid, the Blaugrana travel to England for the 1st leg UEFA Champions League (UCL) clash with Manchester United at Old Trafford on Wednesday night. Having steered a clear 11 points away from next best Atletico on the Spanish points table, Barcelona are all set to re-commence their quest for European glory in high spirits and on top form.

The visitors’ attack will obviously be spear-headed by the talismanic Lionel Messi who already has accumulated an astonishing tally of 43 goals this season despite interludes of injuries.

He has the likes of Luis Suarez (20 goals) and Ousmane Dembele (11 goals) to assist him upfront and form an attacking trio that few defences would like to contend with.

The Catalan giants will be without their central midfielder Rafinha for the rest of the campaign after he sustained a major left knee injury against Atletico Madrid last November. Dembele, the lighting quick 21-year-old French forward has resumed training after missing the last four games in La Liga with a hamstring injury and could well feature in the Old Trafford clash.

Barca coach Ernesto Valverde may retain the same starting XI that beat Atletico on Saturday, the only possible change being Malcolm who might give way to Dembele in event the latter is fit to play.

Meanwhile Marcus Rashford and Ander Herrera both skipped out of Manchester United's mid-week Premier League defeat to Wolverhampton but look hopeful to feature in Tuesday's vital UCL clash. Matteo Darmian, Antonio Valencia and Alexis Sanchez will be long-term absentees while Luke Shaw and Ashley Young will be available to face Barcelona. Shaw and Young both face two-match suspensions having been red-carded in games against West Ham and Wolverhampton respectively but their Premier League bans will, of course, not apply to European competitions.

It's almost unthinkable that Barcelona will return from Old Trafford without a goal given the kind of scoring form Messi, Suarez and co. are in.

United’s great run of form under Ole Solskjaer culminating into the famous UCL win over PSG in early March seems to have fizzled out with the Red Devils stumbling from one defeat to another since then, once to Arsenal and twice to Wolverhampton.

So, a predicted score line of 1-2 in favour of the visitors looks very likely at Old Trafford on April 10th night unless Solskjaer's Red Devils have some kind of shock in store.