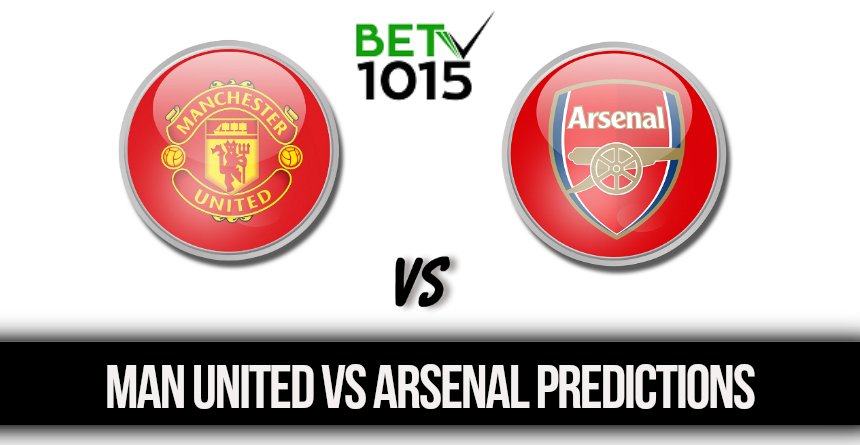 * The Manchester United vs Arsenal Odds are taken from online bookmaker Betsid and were correct as of 04/12/2018 – subject to change.

Manchester United vs Arsenal Where To Watch

Watch the Manchester United vs Arsenal online stream at bet365 bookmaker. To use the bet365 live streaming service you will need to be logged in to your account and have a funded account or to have placed a wager in the last 24 hours. Any football fixture/event on the bet365 website which has the play or video icon next to it is scheduled to be streamed live.

Coach Jose Mourinho's dreams of getting into the Top Four of the Premier League are getting sullied by his team's recent performances. The Red Devils blew away chances of scoring six easy points when they had to settle for draws against bottom-half sides like Crystal Palace and Southampton.

In fact, the Red Devils would have lost to the latter had it not been for Rashford's heroics that produced the equalizing goals at the St Mary's stadium.

After three winless games on the trot (one of them being a defeat to Manchester City), United get ready to host an in-form Arsenal at the Old Trafford in a mid-week encounter on Wednesday night.

The Gunners, though a bit weak in away games, look to over-ride any such shortcomings on the back of their recent form.

After a spate of three drawn games, they have come back strongly to beat Bournemouth and Tottenham Hotspur and break into the Top four.

Unai Emery's men will depend heavily on the scoring abilities of Pierre-Emerick Aubameyang, who with 10 goals to his name, is emerging as one of the best strikers of the Premier League.

Aubameyang will be assisted by Alexandre Lacazette upfront while Aaron Ramsey and Lucas Torreira will be expected to have a great impact in the middle.

Granit Xhaka will serve a one-match ban which should enable Matteo Guendouzi to feature in the starting XI at Old Trafford.

Ramsey could come into the team ahead of Henrikh Mkhitaryan or Alex Iwobi, with the two being possibly introduced in the latter stages of the game.

Mesut Ozil looks doubtful for the Old Trafford game being down with back spasms that kept him out from the clash against Spurs last Sunday.

For United, Ashley Young will have to sit out the mid-week fixture owing to a one-game suspension. Which means this could be an opportunity for Diogo Dalot, the 19-year old Porto import, to start off in the right-back slot.

Chris Smalling and Eric Bailly could also find their way back into the starting XI on Wednesday having missed the weekend clash against Southampton.

Mourinho may choose to keep Marcus Rashford among his replacements on the 5th despite the 20-year old attacker's sterling form of late. So, it looks like Juan Mata, Jesse Lingard and Anthony Martial are all in contention for starting roles on Wednesday.

Despite the Gunners sparkling recent form, bookmakers have chosen to go by history and wager on a United win on the night of the 5th. Arsenal have managed to win just once from their last 11 trips to Old Trafford in a decade. Popular odds are as follows:

Manchester United vs Arsenal Who Will Win?

A adventurous better may go for a drawn game. A win for the hosts and the accompanying three points will still keep them on the 6th or 7th spot on the Premier League table. With 22 points from their 14 games, United are a yawning 8 points behind their mid-week opponents. For Arsenal, a draw would mean that they could potentially slip below 5th placed Tottenham who with equal points (30) have a much less daunting task of facing Southampton at home at Wembley.