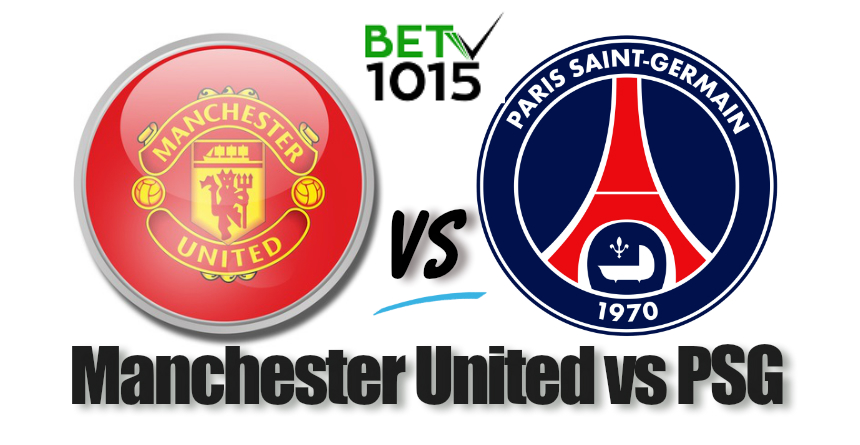 * The Manchester United vs PSG odds are taken from online bookmaker Betfred and were correct as of 11/02/2019 – subject to change.

Manchester United vs PSG Where To Watch

TV Channel:​ BT Sport 2
Online Steam: BT Sport app
When Is Kick Off?: Tuesday 12th February
​What Time Is Kick Off?: 20:00 GMT
​Where Is It Played?: Old Trafford

£30 Free Bet Every time your Team Scores a Goal

When you bet £100 on either Man Utd or PSG to win
Use PROMO CODE: SNENHANCED

Key Terms: New customers only. Valid once per customer. Max stake £100. Free bets credited within 24 hours. Turnover requirement of 1x the free bet value within 7 days at the minimum odds of 1.2. Expires 8pm 12/02/19. 18+ only. BeGambleAware.

Thomas Tuchel's PSG go into February 12th's game without 2 of his major players – Edinson Cavani and Neymar, Jr. which is a huge blow for the Parisenne club considering the huge amounts spent by its owners in the hope of European glory. In fact, the absence of the South American duo has already been felt in the Ligue 1 where PSG succumbed to their first league defeat of the season to Lyon earlier in the month and followed that up with a fortuitous 1-0 win over Bordeaux.

Cavani, incidentally is the club's highest ever scorer and already has 22 goals to his name this season.

The onus of the attack will hence be on KylianMbappe along with the likes of Marco Verratti and Julian Draxler who will assist him upfront. Verratti is fortunate to be around having recovered from a lengthy ankle injury sustained back in January.

The defense apart from the indomitable Thiago Silva looks brittle and is filled with much less experienced names. Eric Maxim Choupo-Moting, Tuchel's surprise acquisition from Stoke City could make the cut on Tueaday and could be introduced mid-way into the game depending on the nature of the proceedings.

Ole Gunnar Solskjaer would very much want to keep his momentum going at Old Trafford having catapulted his team from the bottom edge of the Premier League top-half to the Top Four currently.

The Norwegian coach who took over the reins from a beleaguered Mourinho in December will now want to repeat his Premier League feat at the European level and what better chance than to start of the knock-outs at home against a somewhat weakened PSG.

Unlike his Parisienne counterpart, Solskjaer has no major injury issues, something that plagued the Red Devils till a month ago. Which means he can now field a full-strength team. The attacking trio of Jesse Lingard, Marcus Rashford and Anthony Martial that made such great impact in recent games will be around and will look to trouble the shaky PSG back line.

The only thing that could go against the hosts would be complacency.

It's essential that United win emphatically on Tuesday, for the second leg in Paris due in early March could be much more tough.

Manchester United playing in a 4-3-3 could have the following line-up for Tuesday:

Bookmakers are wagering on a close contest with a slight edge to the hosts.