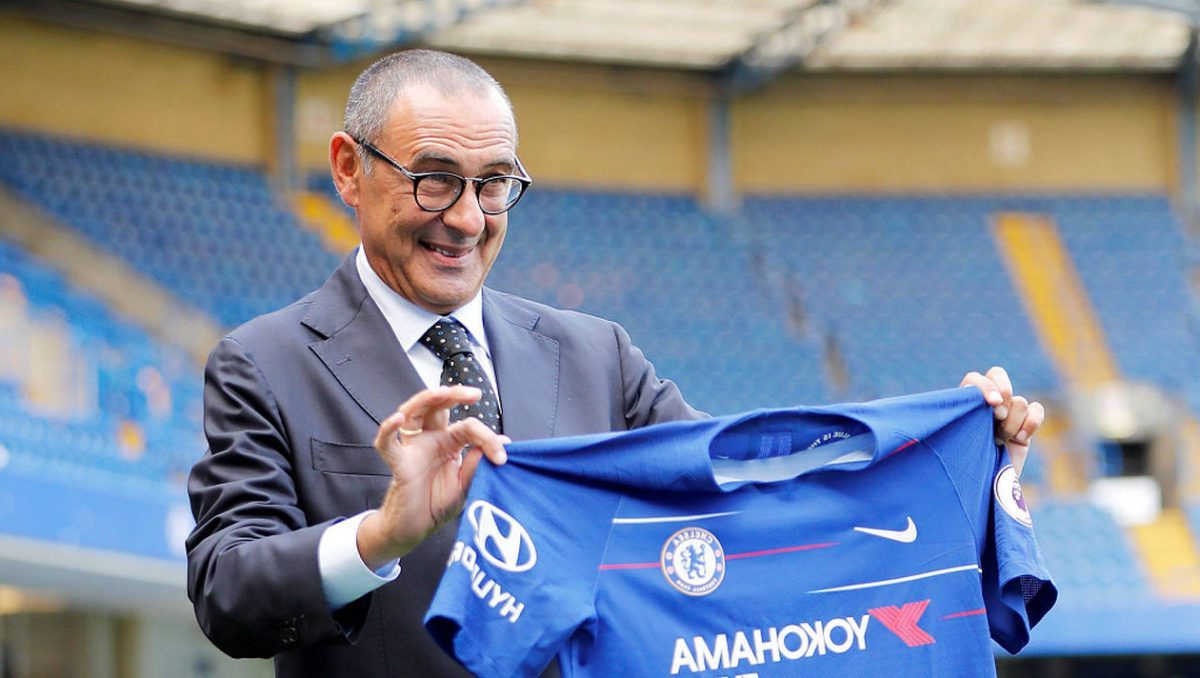 With Chelsea's weekend defeat to Everton, coach Maurizzio Sarri's tenure at Stamford Bridge seems to be on tenterhooks given owner Roman Abramovich's low tolerance to failure.

The Blues had started the 2018-19 Premier League season on a good note under Sarri, going through their initial 12 games without losing. But 2019's been a bad one for the West London club as it's seen them stumble from game to game marked by draws and defeats.

Sarri's men have won just 4 of their 11 Premier League games so far this year while losing an equal number of the same.

A home draw against Wolverhampton Wanderers followed by Sunday's defeat to Everton have virtually robbed the side of any chance of even getting back into the Top Four of the Premier League table. The only silver lining amidst all the gloom is their qualification for the Round of 8 of the UEFA Europa League where Sarri hopes to make the most of the tight situation he finds himself in.

What has irked Chelsea fans no end is Sarri's erratic team selection of late. Despite Callum Hudson-Odoi’s superb recent form he has once again been left on the bench and the gifted 18-year old forward is yet to start a single Premier League match this season. Furthermore, Ross Barkley, who has put in some insipid performances in recent fixtures has again been preferred to mid-fielder Ruben Loftus-Cheek who, too, has just started a game just once this season. But Sarri seems unfazed by the bout of criticism and the latest round of speculation that his time at Chelsea is coming to an end.

Wolves boss Nuno Espirito Santo is reportedly one of the names under consideration by the Chelsea board should Sarri be sacked, but the former Napoli head coach is not thinking about whether he will be in charge for the 2019-20 season.

Chelsea have been managed by some of the world's top men of the sport in recent years, none more so than Jose Mourinho who has had two spells in charge of the Blues, winning numerous titles for them. However, it was Roberto Di Matteo who created history in 2012 by leading the London club to a dramatic Champions League title for the first time in their history. The Blues fans will be hoping for someone who can deliver just that and more.

The next Chelsea manager odds are