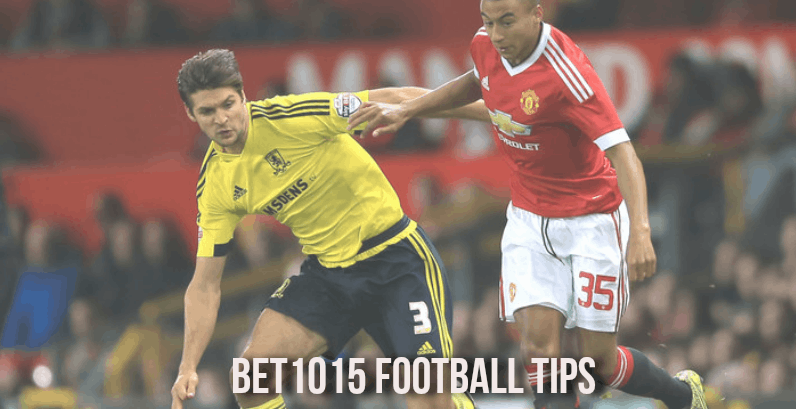 A struggling Middlesbrough, tethering near the bottom of the English Premier League table at the 19th spot, get ready to host 6th placed Manchester United at the Riverside stadium on Sunday.

Jose Mourinho's men need to put behind them a dismal performance in their 0-1 loss to Chelsea in last weekend's FA Cup quarter finals.

Paul Pogba is now a genuine liability given the great ease with which he concedes possession to all and sundry.

But with Anders Herrera out for 2 matches on a red-card earned in the match against Chelsea, Mourinho has no options in the mid-field other than sticking to the ineffectual Pogba.

Wayne Rooney, Anthony Martial and Marcus Rashford will probably not feature at the Riverside thanks to injury and illness issues.

Zlatan Ibrahimovic won't be around for the Boro clash, out on a 2-match suspension.

For Middlesbrough, Aitor Karanka has been handicapped by long-term injuries to key players like Daniel Ayala, Calum Chambers and George Freind which may be the reason that the Boros have slipped deep into relegation territory from a comparatively respectable 14th position in early December.

Mid-fielder Bernando Epinosa and striker Rudy Gestede are recent additions to the list of injuries.

Karanka will hence depend solely on Alvaro Negredo, his top scorer for 2016- 17, to get him goals, something that has eluded the Boros this year (only 2 from their 8 Premier League games in 2017).

For Jose Mourinho, the return of Henrikh Mkhitaryan from the cold and the brilliant performances from the Armenian of late is a relief to a midfield and forward ranks replete with suspensions, injuries and sickness.

Mourinho has no option but to start off proceedings for United at Riverside with the likes of Marouane Fellaini, Michael Carrick, Juan Mata, Jesse Lingard or even, Daley Blind.

The Boros only wins at home in the 2016-17 season have been against low-rung sides like Bournemouth, Hull City and Swansea City.

Strangely, despite the Boros’ position at the bottom of the table, most of their games where they have lost and drawn have been absolutely low-scoring affairs.

The one against United on Sunday also promises to be of a similar fare. But Jose Mourinho will probably get his three points and the odds are very much in favour of such an outcome.

Manchester United are in the 6th place currently and look likely to be rooted there post their Middlesbrough game.

Only an Arsenal botch-up against West Bromwich on Saturday could possibly give them an easy chance of moving to the fifth.