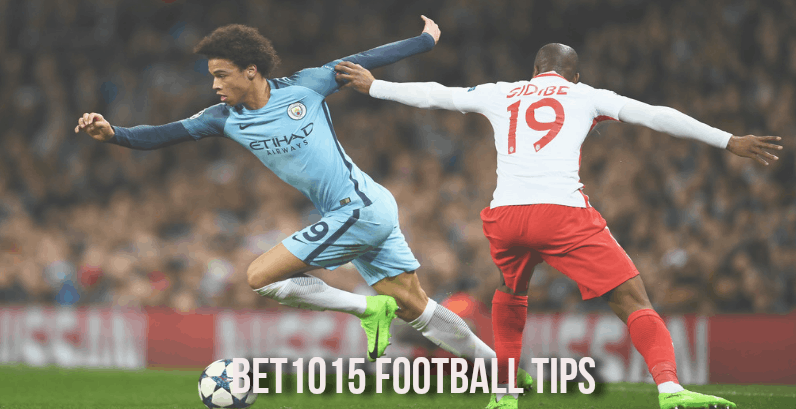 City had shown incredible character in the 1st leg at the Etihad after being 1-2 down to a rampaging Monaco and going on to pull off a stunning 5-3 win.

Sergio Aguero who led the City turnaround will again be looked upon by Pep Guardiola to deliver the goods at Stade Louis II on Wednesday.

Some amount of arithmetic will come into play with Monaco looking to score at least 2 to 3 goals and not concede more than one.

The French club do have the advantage of having scored 3 away goals despite the two-goal deficit.

The accent of the Monacoans will be on warding off potential City attacks and hit on the breaks.

The back line of young and energetic folks like Djibril Sidibe, Kamil Glik, Andrea Raggi and Benjamin Mendy thus have their work cut out for Wednesday's crucial clash.

The onus of getting goals will be mainly be in the hands of Radamel Falcao and teenager Kylian Mbappe, who especially has been sensational of late.

Manchester City would like to continue from where they left at the Etihad and there's very little doubt in anyone's mind that they will look to attack.

City just can't do without this star Argentine striker who has 5 goals from his side's last three outings and has scored in each of them (including 2 in the 1st leg against their next week's rivals).

The attacking options for the visitors are limitless. Apart from the quartet of Silva-Aguero-Sterling-Sane there are the likes of De Bruyne and Nolito on the sidelines.

In fact, a player of the caliber of Kevin De Bruyne will be an automatic choice in a clash as vital as the one at Monaco.

But City's priorities as far as goal-scoring goes may take a back seat and Guardiola may resort to sitting back and soaking in the rival attack.

Leonardo Jardim's Monaco side are a formidable lot at home having lost just one match out of the 14 they have played in the 2016-17 season and winning as many as 12 of them.

Apart from the first leg clash, Man City and Monaco have no playing history between them and this will obviously be the English club's first visit to the tiny French principality.

Despite the mouth-watering contest in prospect, odds are on the visitors to go through to the Round of 8 thanks to the 2-goal advantage they carry to Monaco.