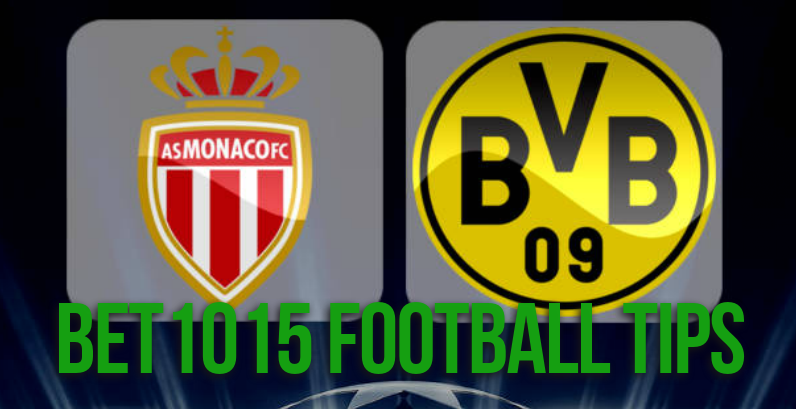 Leonardo Jardim's policy of attack, attack and attack seems to have paid off big time. Monaco are getting goals just everywhere. Even in away matches and against opposition like Manchester City.

They managed to score three goals at the Etihad stadium. They managed a similar feat in the partisan environs of Signal Iduna Park against Borussia Dortmund last week. That has stood them in good stead when they face the German club in a return 2nd leg clash at the Stade Louis II on April 19.

Kylian Mbappe, the scorer of 2 goals in the 1st leg win of 2-3 has revealed himself to be a striker of highest class. Even at the tender age of 18 and along with the evergreen Falcao (the club's highest scorer this season with 25 already to his credit) will probably have their writ written on the forthcoming Wednesday's clash.

With the midfield comprising of Bernardo Silva, Moutinho, Fabinho and Thomas Lemar, whose sole intent is the creation of goals the return match at Stade Louis II promises to be a high-scoring one.

Borussia Dortmund have their work cut out in the sense that they will have to get as many goals as they can. The unsettling events of last week in which a bomb resulted in injuring their left back Marc Bartra had unwittingly led to ominous consequences in the Monaco clash when his replacement, Sven Bender, scored a catastrophic own goal.

Dortmund will still be without the services of the World Cup winner, Mario Goetze. He's suffering from “metabolic disturbances” and will have to rely on the playmaking skills of Marco Reus next week.

The attacking skills of Ousmane Dembele, Reus, Raphael Guerreiro and Gonzalo Castro who comprise a midfield blended in youth and experience need to come to the fore at Monaco. Last but not the least, Aubameyang, Dortmund's premier scorer with 32 goals in the 2016-17 will have to do what he does best for his club – get goals.

Thomas Tuchel, like his counterpart Jardim, is very much attack minded and there is little doubt that he will be on the offensive right from word go.

The 1st leg saw the German side hog as much as 69 per cent possession and repeating that at the Stade Louis won't be a problem. What will be of paramount importance will be to convert that field dominance into goals.

Jardim's men will hit back on the breaks, which is a given, and it looks unlikely that the visitors will go without conceding. So a score line like 2-0 in favour of Dortmund (which they would love) looks a virtual impossibility. Barring two games, the Monacoans have scored in every outing from the nearly 50 matches they have played in all forms of competitions in the 2016-17 season.

Borussia Dortmund are tipped to win the April 19 clash but whether that will be enough to take them through to the semi-finals is another matter. In terms of entertainment potential, Wednesday night's fare promises to be a mouth-watering one for the followers of the game. Bookmakers online are wagering on a Monaco entry into the next round.