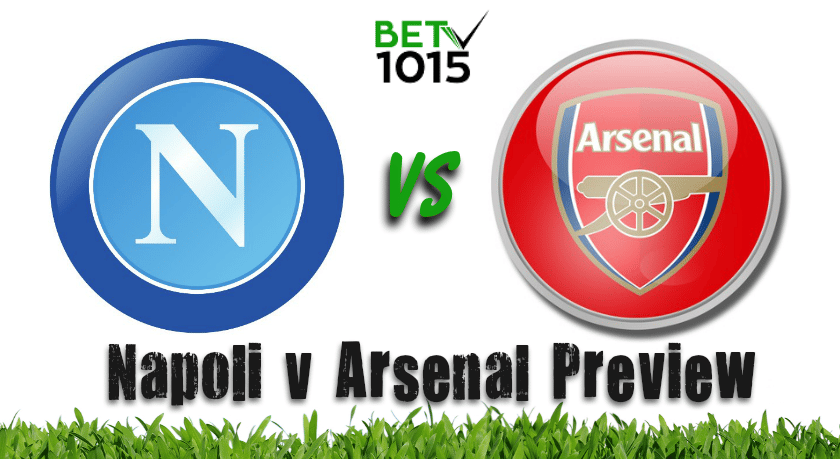 Arsenal travel to Naples for the return match of the Europa League Round of 8 clash on the back of a 2-0 lead over Napoli in the first leg. Unai Emery's Gunners will be hoping to build on the good work of Aaron Ramsey who contributed to one of the 2 goals scored at the Emirates last week.

Arsenal have always struggled with consistency in away games and the latest example was when they struggled to beat a 10-man Watford side 0-1 away at the Vicarage Road on Monday night in a Premier league outing. This was, incidentally, their first away win since February 9, when they laboured to beat a relegation candidate like Huddersfield Town 1-2. The win over Watford was their first clean sheet on the road this season.

Get an Early Payout if 2 Goals Up, Offer

The Gunners had, in fact, lost both their Europa league Group away game to BATE (0-1), Rennes (1-3). The trip to Italy looks infinitely harder in comparison given that the opposition is positioned No.2 on the Serie A tables.

Napoli have, on the other hand, returned to winning ways after a three-match winless streak with a 1-3 win at Chievo on Sunday. Carlo Ancelotti's Partenopei have shown weakness in away games of late, losing 1-2 to Empoli, drawing 1-1 to Sassuolo and an embarrassing 1-1 against Genoa in front of the home fans. Napoli strikers struggled to create chances against the Genoese, a repetition of what happened at London in the first leg against the Gunners.

Napoli, who were eliminated from a UEFA Champions’ League group that had PSG and Liverpool in it, have no other option but to come guns blazing at their Thursday's opponents, while it can be expected that the Gunners will be on the defensive in trying to protect their lead.

But the Gunners somehow need to find an away goal to be in contention for the semi-finals.

Napoli had just 2 shots on target at the Emirates last week despite the nearly 60 per cent possession they enjoyed.

At the Stadio San Paolo, backed by raucous support, that could change. In Lorenzo Insigne and Dries Mertens, Napoli have two of the most lethal finishers in Italian football and with a near-blemishless record at home (only a solitary loss to champions Juventus this season), the hosts look capable of putting a couple of goals past their second-leg rivals.

For Arsenal, having Alex Iwobi start the game in place of Mesut Ozil would make more sense, given the lacklustre attitude of the German midfileder in recent games. Pierre Aubameyang and Alexandre Lacazette will simply have to convert the very few chances they are going to get. Both Unai Emery and Carlo Ancelotti won't take chances and go for the same starting XIs as the 1st leg.

Bookmakers are wagering on both teams to score and even a score of 2-1 in favour of Napoli on Thursday will take their English opponents through. Nevertheless, an exciting match could be on the cards at the Stadio San Paolo on the 18th.