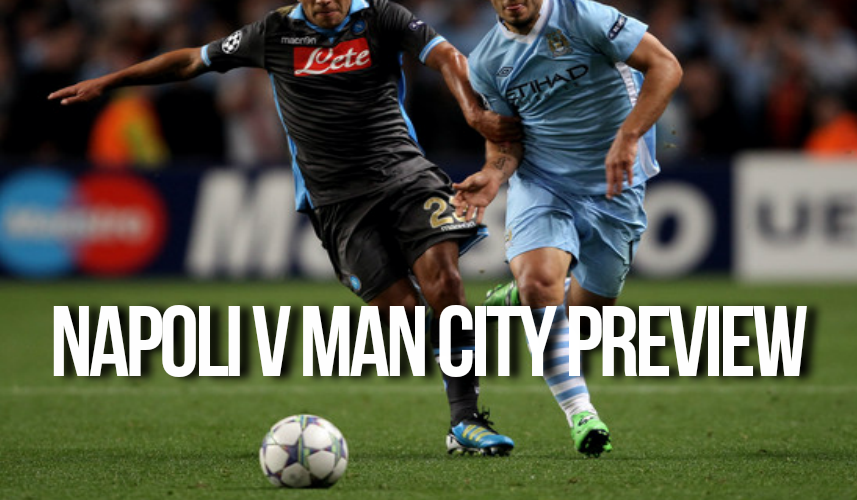 Both Napoli and Manchester City have hit top gear in their respective domestic leagues. They are both heading the tables on the back of emphatic weekend wins. They now prepare to face each other at the San Paolo stadium. It's the for the second leg of their Group clash on November 1.

Manchester City have been playing some of the most exciting football seen in recent times. Initiated by attacking players like Kevin De Bruyne, Gabriel Jesus, Raheem Sterling and ace scorer Sergio Aguero.

The Citizens have racked in as many as 42 goals from their 14 matches in all forms of competition during the 2017-18 season. The defense which was previously City's weak link has found strength. Notably from the performances of the two brilliant English international backs, John Stones and Kyle Walker. This is evinced from the very low figure of four goals City have conceded from their nine Premier League outings. Just one goal conceded from their three European outings. Napoli accounting for the only goal let in during City's 2-1 first- leg win.

Napoli have not been as prolific as Man City in their goal-getting despite their brilliant attacking flair. Dries Mertens, the brilliant Belgian striker with nine goals already from his eleven outings has been the Italian club's outstanding scorer. Along with the likes of Jose Callejon and Lorenzo Insigne will pose a serious threat to the City goal during the Napoli v Manchester City clash at the Sao Paolo stadium on Wednesday.

City who are customary slow starters on such big away outings could come under threat early on. This is when the hosts, Napoli, must choose to strike.

Allowing the visiting Pep Gurardiola's men to find their rythmn could be suicidal for Napoli, because it's in the latter half of the game when City are at their best.

DeBruyne's incisive cross passes and Aguero and Jesus's constant search for goals could make life miserable for the Napoli defense.

A suberbly entertaining match could be on the cards with a 2-2 draw being a very likely result. But Maurizio Sarri's men sorely need to take three points from this one just to make up for the 1-2 blemish against a not-so-formidable Shakhtar Donetsk. The Italians are in a precarious position in the Group F cluster with just one win from their three fixtures and are still three points behind a second placed Shakhtar and six behind topper Manchester City.

The bookmaker odds very much favour a rampaging Manchester City to win at the San Paolo stadium on Wednesday.