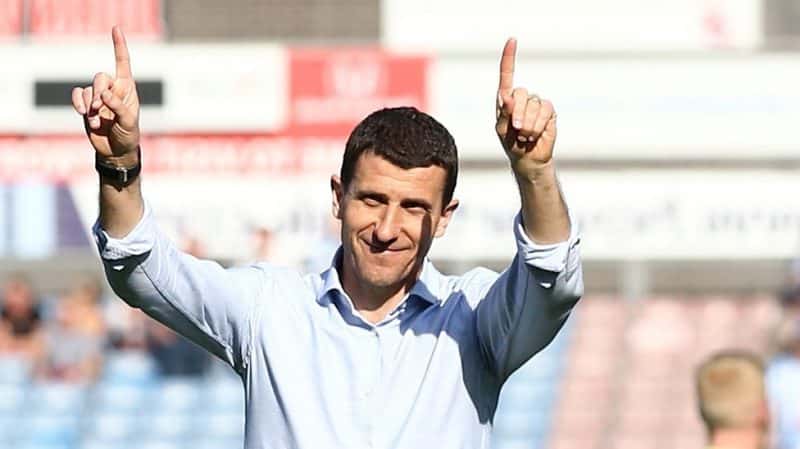 Despite Chelsea's recent success in the UEFA Europa League and a berth among the Top 4 of the English Premier League, Maurizio Sarri could be on his way out of Stamford Bridge as reports suggest. Club owner Roman Abramovich won't stand in the way of the 60-year old Italian's rumored move to Juventus if reports are to be believed. Sarri is heavily tipped to replace Massimiliano Allegri who is seen falling out of favor in Turin after a succession of premature ousters from the UEFA Champions League (UCL). The £100m signing of Real Madrid superstar and four-time Champions League winner, Cristiano Ronaldo, this season, was done with the sole purpose of attaining European glory. But despite strong individual performances from the mercurial Portuguese, Juventus had to bid a “Round of 8 goodbye” to the UCL and Allegri was held accountable for that.

What has lent strength to the rumors of Sarri's imminent move to Italy has been the fact that Bianconeri chairman Andrea Agnelli was pictured holding talks with Chelsea counterpart Bruce Buck in Baku, Azerbaijan, just before the commencement of the Europa League final game. A three-year deal amounting to £6.2m-a-year is rumored to be on the works for Sarri at Juventus. But it will be Abramovich who will have the final word on the Italian coach's future.

If Sarri were to indeed leave for Turin, the shocking rumor is that Allegri is now the second-strongest contender after ex-Blues mid-fielder Frank Lampard to takeover at Stamford Bridge. But that turned out to be unfounded, as in another twist to the Chelsea managerial saga came in the form of Watford manager Javi Gracia whose name is now being mooted as potential replacement for Sarri. The Chelsea management is reluctant to appoint an Italian manager for the third time. The turbulent times under Sarri and his predecessor, Antonio Conte, seem to be acting as deterrents to a possible signing of one more manager from the same country. Which is why Allegri could be out of the picture. Moreover, Gracia seems to have impressed Chelsea with his handling of Watford, who finished in the Top eight of the Premier League and even made it to the finals of the FA Cup in the 2018-19 season.

Chelsea legend Frank Lampard is still not out of the reckoning either, considering his hallowed place in the club's history and the manner in which he guided Derby County to the Championship play-off final this year.

Another individual joining the fray for the managerial race at Stamford Bridge is Arsenal legend and midfielder, Patrick Vieira. The tough tackler known for being fanatically loyal to the Gunners is not a popular figure among older Chelsea fans.

But one manager who could leapfrog all the above contenders is Wolves manager Nuno Espirito Santo. Santo secured a sixth-placed slot for his club in one of their rare entries into the Premier League and managed to score wins in matches against all the teams in the Top six at least once in 2018-19 Premier League. So, even at odds of 14/1, one could definitely take a chance on Santo in the light of the fact that his feats haven't gone un-noticed at Stamford Bridge.

Odds for next Chelsea boss