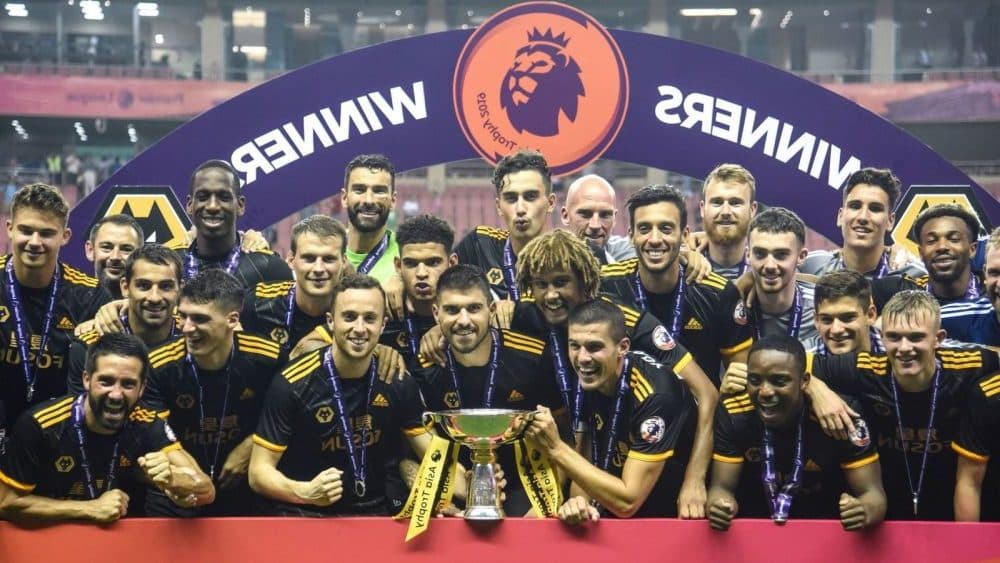 The final match of the Asian Premier League, played in front of a packed 33,00 strong crowd at the Hongkou Stadium, Shanghai, saw Pep Guardiola's City dominate proceedings in the first half.

The Citizens combined brilliantly in the midfield with Kevin De Bruyne, Ian Poveda, David Sliva and Sterling creating defense splitting passes but somehow goals were hard to come by as opportunities to score went abegging.

Guardiola made plenty of changes in the second half, introducing newbies Taylor Harwood-Bellis, Angelino, Lukas Nmecha and Aleix Garcia but their young guns were not able to make an impact on the resilient Wolves. ​

Man City were gifted a golden opportunity to take the lead when Leroy Sane was brought down in the box, but they didn't take advantage as Raheem Sterling's spot kick sailed over the bar.

David Silva's beautifully struck free-kick just 15 minutes before the final whistle, tipped over by Rui Patricio, was another moment when the Citizens came close to scoring.

The match thus petered in a 0-0 a draw with the Wolves rarely threatening the City goal.

The Wolves lone chance came at the stroke of the hour when Ruben Neves unleashed one of his trademark volleys only to be saved by Claudio Bravo.

Diogo Jota and Morgan Gibbs-White who looked so threatening in Wolves semi-final win of 4-0 over Newcastle were below par and hardly bothered the City defence. Wolves coach Nuno Santes changed his entire midfield with Hong Wan, Luke Cundle and Terry Taylor on for Moutinho, Neves and Dendoncker, while Max Kilman replaced Willy Boly in defence.

The game finished 0-0 and went to penalties. Patrico was clearly the hero as he saved City's first two efforts and then their fifth from Lukas Nmecha.

Ryan Bennett, Taylor Perry and Ruben Vinagre converted from the spot to give Wolves a 3-2 win in penalties.

This is only the third time within a year the last year the Premier League Champions have gone through 90 minutes without scoring.