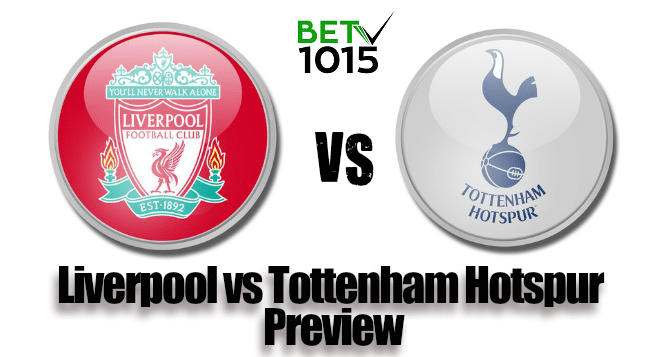 Liverpool host Tottenham Hotspur at Anfield for a critical Premier League clash that could define the leadership of the tournament as far as the former are concerned.

For Jurgen Klopp's the showdown is of utmost importance. The Reds are only two points ahead of their nearest rivals Manchester City. However the latter have the advantage of an extra match in hand.

So, Liverpool just cannot afford to slip up on Sunday. Their recent form has been somewhat mixed. Although unbeaten since their solitary Premier League loss to Manchester City since January 3rd and a brilliant show against Bayern Munich in the Champions League away in Germany to show,

Liverpool have been knocked out of the FA Cup and EFL Cup and face the grim possibility of ending the 2018-19 season without any silverware despite stellar performances.

Klopp's massive injury woes especially in the defense seem to have subsided with Virgil Van Djik, Joe Gomez and Joel Matip all back in the fray. Trent Alexander-Arnold looks a doubtful starter for the Anfield clash thanks to a back injury. Xherdan Shaqiri is set to return from a groin issue. Alex Oxlade-Chamberlain looks to be on the brink of a recovery but not exactly fit for Sunday's game.

Tottenham Hotspur's recent form in the Premier League has left their fans a dejected lot. This despite a resounding Champions League performance against Borussia Dortmund to enter the Round of 8.

Mauricio Pochettino's men are going through one of their worst spells in Premier League history. Their last four games ended with three losses and a draw.

Fitness issues persist with players like Harry Winks, Victor Wanyama and Eric Dier under assessment and kept on standby. Dier sustained a muscle injury during England’s win over the Czech Republic on Friday. Winks was left out of Gareth Southgate’s squad with a groin problem. Davinson Sanchez and Heung-min Son could very well be rested post the gruelling travel schedules of their respective international breaks for Colombia and South Korea respectively.

Possible starting XIs could be as follows

Liverpool have been a notch below their best this year. While Tottenham are going through a rough patch all of which points to a nervy encounter. But given bursts of brilliant from the likes of Sadio Mane, Mohamed Salah, Harry Kane and Del Alli could decide the fate of the March 31st game.

A score-line of 1-1 seems the most likely outcome although Liverpool look to clear favorites of the bookmakers.