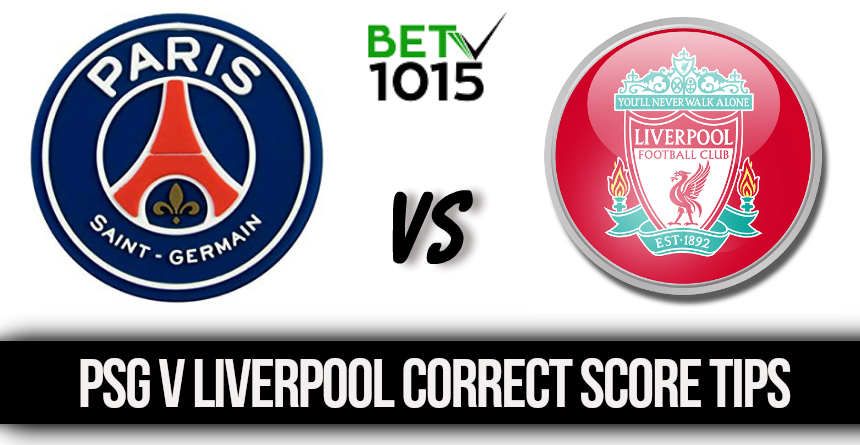 * The PSG Vs Liverpool Odds are taken from online bookmaker Betsid and were correct as of 27/11/2018 – subject to change.

When Is PSG Vs Liverpool

Wednesday 28th November with kick-off at 8pm at the Parc des Princes.

PSG Vs Liverpool Where To Watch

TV channel: BT Sport 2 and available to stream on the BT Sport app.

The Group C of the UEFA Champions' League is interestingly poised with one of the big three sides (Napoli, Liverpool and PSG) set to bow out of the tournament before the turn of the year.

Jurgen Klopp's Reds who are second on the Group standings to Napoli with six points, travel to Paris to face the French champions who are just one behind the English visitors. Liverpool could find it difficult to put in an encore of the September's encounter with the Parisienne club when they had prevailed 3-2 at Anfield.

PSG have been formidable at home winning all their 16 fixtures at Parc des Princes this season save for a 2-2 draw against Napoli.

It will be a battle between two very attack-minded sides with the Salah-Firminio-Sane trio facing the Mbappe-Neymar-Cavani combine.

As for the defenses of both sides, Jurgen Klopp's back-line have shown immense quality this season with the likes of pricey goal-keeping acquisition Alisson, Virgil Van Djik and new talent Trent Alexander-Arnold coming good while PSG even with the legendary Thiago Silva and Belgium international Thomas Meunier around have shown a degree of susceptibility in big games.

Coach Thomas Tuchel's men have conceded in each of their 4 Group C outings so far and with the likes of Mohammed Salah and Firminio on the prowl for goals they indeed need to be wary.

Similarly the Reds' defense will be put to the most serious test of the season so far. With Neymar and Kylian Mbappe returning after being rested for the Ligue 1 weekend clash with Toulouse, the PSG attack will be in full flow and goals at the Parc des Princes on Wednesday night is a given.

With the striking duo moving back in, it looks like Julian Draxler and Angel di Maria (who featured in Saturday's 1-0 win over Toulouse) may have to sit out for the Liverpool clash.

For the Reds, defender Joe Gomez who missed Saturday's Premier League clash against Watford clash owing to injury, will in all likelihood start in Paris on Wednesday with left-back Robertson making way for the 21-year old Englishman.

There's very little history to go by as far as encounters between these two go, save for the first leg clash at Anfield. But clearly the French club are the bookmakers' favourites to win November 28th's night game at Parc des Princes.

For Liverpool, even a draw would be a good result given that their next Group game is away at Napoli. The Reds are at a slight disadvantage at this juncture with two of the toughest outings of the Group C queued up. Both PSG and Napoli have comparatively easier outings remaining with it being assumed that they would not mess things up against Group laggard Red Star Belgrade.

Free Bets for the PSG Vs Liverpool Match