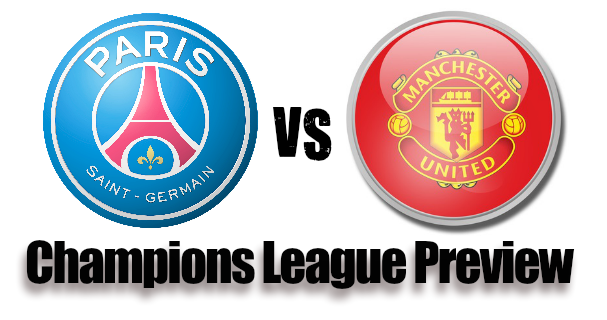 Paris St Germain sans their star forwards Neymar and Edinson Cavani were able to put up a clinical performance at the Old Trafford where they took a advantageous 0-2 lead over Ole Solskjaer's Manchester United in the first leg of a UEFA Champions League (UCL) Round of 16 tie.

The Parisiennes now host the English club in the return leg at the Parc Des Princes on Wednesday night. The Red Devils will be without Paul Pogba who was red-carded in the first leg. Andreas Pereira, who was outstanding in Saturday's fighting 3-2 win over Southampton will fill in the French mid-fielder's shoes for the Paris clash.

But United are dealing with a host of injuries ahead of the PSG clash with Anthony Martial, Jesse Lingard, Juan Mata, Nemanja Matic, Phil Jones and Matteo Darmian all missing against Southampton on Saturday.

A comfort for Unitted fans is the return to form of Romelu Lukaku who is beginning to get goals frequently that includes the two brilliant strikes against Southampton and a stunner against Crystal Palace a few days before that.

Marcus Rashford is the only other forward left along with Lukaku for the Paris fixture in which Solskjaer may expect full back-cum-winger Ashley Young to showcase his attacking skills down the flanks.

A patched-up United side could see Fred start in the mid-field with Herrera and Scott McTominay.

The other defensive members apart from Young like Chris Smalling, Victor Lindelof and Luke Shaw are free of injuries for the moment and look fit for the PSG game. David de Gea will of course be there to man the posts and may have a key role in United's fortunes on March 6th night.

For Paris St Germain, Neymar and Cavani are still out but Thomas Tuchel has still plenty of attacking talent in the likes of the brilliant Kylian Mbappe, Angel Di Maria and Julian Draxler. Eric Choupo-Moting will probably bring up the rear to the attack duo of Mbappe and Di Maria.

The back-line marshalled by the indomitable Thiago Silva and accompanied by Thilo Kehrer, Presnel Kimpembe, Juan Bernat and Marquinhos look solid and will take some breaching.

The United attack, though, can try putting the aging goal-keeper Gigi Buffon under pressure if they can land some useful shots on target.

The ex-Juventus veteran was not even tested once at Old Trafford and has had a luxuriant tenure between the posts for most of the 2018-19 season given PSG's absolute dominance in the group stages of the UCL and the domestic French Ligue.

While Solskjaer seems confident of a stunning turn-around at Paris despite plagued by injuries, bookmakers are wagering on an easy entry for the French champions into the Round of 8.

The 2 away goals at Old Trafford may have just settled the issue. It's an uphill task for the Red Devils and one I can't see them winning 3-0 or 4-1 which is what they will need if they are to make it through to the next stage.