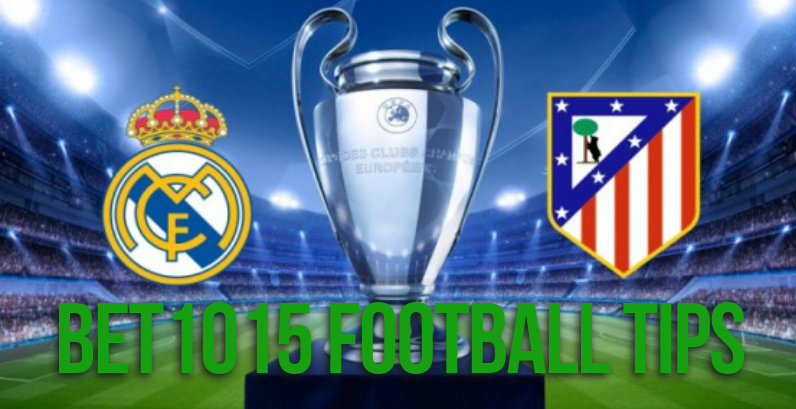 In a repeat of the 2014 and 2016 Champions' League finals, the two Madrid rivals meet again this year, but in the semi-finals. It will be a nervy outing for the Los Blancos especially. They face the twin pressures of defending their European title on one hand.

On the other hand coming up one good over arch-rivals Barcelona in the race for the domestic La Liga crown. Now that Diego Simeone's Atletico are virtually out of contention in the La Liga title race, they can fully concentrate on their European campaign.

Of the two, Atletico will be the more relaxed outfit at the Bernabeu on Tuesday. Even though it will be away for them. Los Colchoneros took Wednesday's surprising 0-1 La Liga loss to Villarreal in their stride. Featuring lead striker Antoine Griezmann late in the game and resting Kevin Gameiro altogether.

Atletico have an easy La Liga outing coming up on Saturday against minions, Las Palmas. They can afford to rest their key players ahead of the next week's crucial European outing.

Zinedine Zidane's men on the other hand have a challenging weekend outing against Valencia. The manager will be compelled to field a full-strength Real side what with Barcelona on equal 80 points on the table and gunning for the La Liga title.

Despite recent domestic setbacks to the Catalan giants and Atletico Madrid, Real's hunger for goals haven't dampened. Even a side that didn't have the likes Ronaldo, Benzema and Bale (all three being rested). They still managed to get in six goals against a hapless Deportivo in a La Liga fixture last Thursday.

At Bernabeu, Simeone will rely on the immense defensive and midfield experience and expertise of folks like Juanfran, Godín and Gabi. They will be needed to counter the rampaging Real combine of BBR, Isko and Modric.

The counterattacking will be led by indefatigable Koke, Carrasco, Kevin Gameiro and their incredible finisher, Antoine Griezmann.

Real will be genuinely worried about not conceding that vital away goal at the Bernabeu. Thanks to the likes of Griezmann, Los Colchoneros have been getting them unfailingly in away games this season.

So, the way out for Los Blancos is to get as many goals as they can on Tuesday, for they know that their return leg on May 10 at the Vincente Calderon is going to be a very nervy affair.

Odds are clearly in favour of Real Madrid emerging winners at the Bernabeu on Tuesday evening.

Real's phenomenal track record at the Championship (11 time winners) and the fact that they have managed to prevail in both of their previous 2 European outings over Atletico, has made the task easier for the bookmakers.

But it's not going to be a cakewalk for them by any means. A 2-1 in favour of the hosts looks a likely score line.