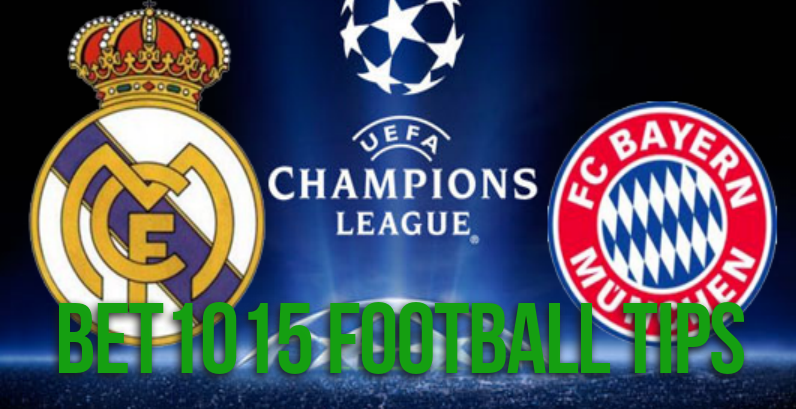 Cristiano Ronaldo came good at the right time. He ended his 7-match goalless spell with a double strike at the Allianz Arena in Munich. He put his team back in the driver's seat ahead of the return clash at the Bernabeu next week. The German champions made things worse for themselves when midfielder Javi Martínez was red-carded for a needless foul on Ronaldo. Down to 10 men, even Bayern had no chance against a team of the calibre of Real Madrid.

The eleven-time champions came from behind to wrap up the first leg 1-2. Thus giving them a fair chance for a semi-final entry. The German giants could not make the most of the dominant play they dished up in the first half. Apart from the numerous scoring chances missed, Arturo Vidal's penalty shot over the bar symbolised Bayern's performance for the night.

The hosts have the incredible Manuel Neuer to thank for not losing by a wider margin. The legendary goal-keeper brought off some scintillating saves from Gareth Bale, Karim Benzema and Ronaldo shots in the 2nd half.

The exit of Javi Martinez would surely pave the way for the brilliant 22-year old Joshua Kimmich. The young Portuguese talent Renato Sanchez could also feature for some time at the Berabeu in place of Vidal. Carlo Ancelotti may choose not to risk playing him for the full 90 minutes, the Chilean mid-fielder being already on a yellow card. The lack of form of Thomas Muller was one of the reasons why Bayern were not able to convert their first half possession into goals. The international striker will have to step up his game in the 2nd leg. For the club fans, it was heartening to see Franck Ribery and Arjen Robben back in action and playing superbly.

As for the Los Blancos, the likes of Ramos, Marcelo, Modric, Casemiro and Kroos will fine tune their awesome “hit on the breaks” game for the Bernabeu clash. For the visiting Germans, the consolation is that they will be playing full strength and with the possible introduction of young blood like Kimmich, Renato Sanchez and Douglas Costa, they will have a fighting chance of getting back into the game.

The Bavarian club will just have to get goals and quite a few of them, because the hosts, in all likelihood, will get one at least, having astonishingly scored in each of their last 53 games in all forms of competition. Although it is advantage Real Madrid at the Bernabeu on Tuesday night, a great Bayern Munich fight-back can't be ruled out by any means.