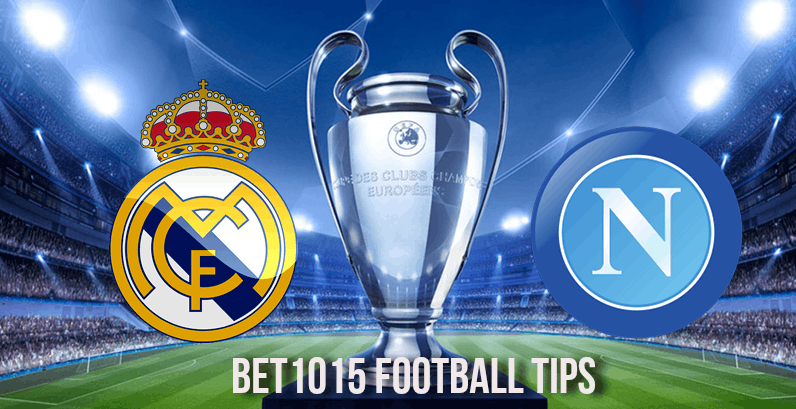 The only consolation Napoli can take from the 1st leg tie against Real Madrid at Bernabeu is that they will be playing the 2nd leg return tie at home. The prospects of running into the Championship’s top contender and 11 times winner is a daunting thought in itself.

Napoli can take the satisfaction of topping their Group in the Championship preliminaries ahead of Benfica. Real quite unusually had to relinquish the top spot in their Group to a very impressive Borussia Dortmund.

Zidane will probably go in for the same mid-field combination of Modric, Casemiro, Isco, Marceloand Marcelo. Combined with the striking duo of Benzema and Ronaldo that featured in last weekend’s 1-3 away win over Osasuna in a La Liga encounter.

But the likes of Toni Kroos and Gareth Bale Bale are knocking on the doors. Those players could very well make a comeback for the clash against Napoli.

Napoli who have the knack of performing brilliantly in away games. They have in their attacking folds names like the dangerous Belgian, Dries Mertens, their top scorer with 17 goals this season. They also have the omnipresent forward, Marek Hamsik.

There is little doubt that any lapse in the Real Madrid defence will be ruthlessly capitalized by men like Mertens and Hamsik. Getting a goal at least will be absolutely essential for Maurizio Sarri’s men, for how many of those their defenders can ward off against the likes of Ronaldo, Benzema, Bale & co. at Bernabeu remains to be seen.

Real Madrid’s current form in the domestic Spanish circuit has been brilliant. They are ahead of their arch-rivals Barcelona by a point on the La Liga table and two less games played. Napoli too have been witnessing one of their best seasons in recent times. They are currently in the 2nd spot  in the Serie A table.

Napoli having kept a clean sheet in just one of their last 10 European away games. It would be interesting to see how many goals they concede on Wednesday. But on the other hand they have managed to score in 9 of their last 10 away European outings.

So Los Blancos, better watch out! Since there is no history of playoffs between these two, such statistics promises to make the 15 February clash a very interesting one.

Real Madrid have won 80 per cent of their last 20 European games. This makes them bookmakers favourites for Wednesday’s clash against their Italian rivals.