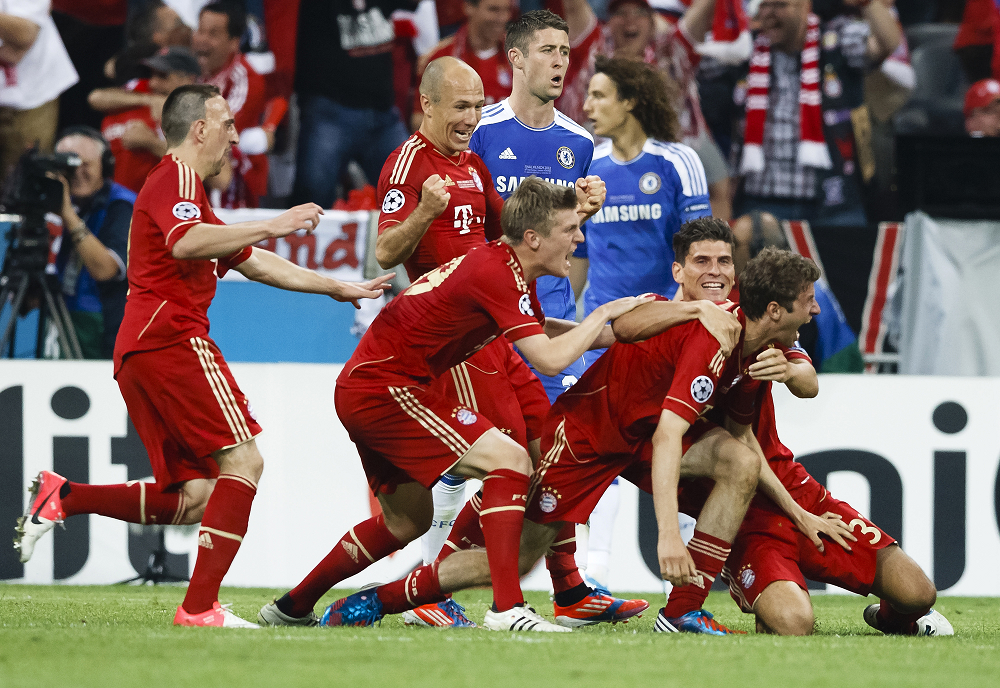 Bayern Munich winger, Arjen Robben, has described the prospect of a home final against his former club Chelsea in the Champions League, on May 19, as “indescribable” (online bets: Bayern Munich 8/11 draw 13/5 Chelsea 4/1 – 90 minutes).

The Netherlands international, who this week joined team-mate, Daniel Van Buyten, in agreeing a new two-year extension to his contract, was on target against another of his former employers, Real Madrid, in the last four, to help the Bavarians secure a place in the Allianz Arena showpiece.

It means all roads now lead to the home of the Bundesliga giants, for the climax of Europe's marquee club competition.

For 28-year-old Robben, who scored 15 goals in 67 Premier League games for the west Londoners, before moving to the Santiago Bernabeu, in the Spanish capital, in 2007, it also means the chance to help Jupp Heynckes' men secure a fifth European crown (live soccer betting: 5/1 Robben score first/Bayern Munich result bet365 ‘wincast').

“I had such a great time at Chelsea and I'm really happy they reached the final”, he told Uefa.com. “I saw their semi-final against Barcelona, and they did well in a defensive capacity; you could say they parked the bus in their own area.”  He added: “For us, though, to be in a home final is almost indescribable. It's so great, especially for those who have been connected with the club for so long.”

The two teams shared 11 goals over two legs, in their only other meeting, in the quarterfinals of the 2004/05 Champions League, with Chelsea prevailing 6-5 on aggregate. Bastian Schweinsteiger, Frank Lampard, Didier Drogba, Petr Cech, and John Terry are the only survivors from the squads now, all five playing both legs.