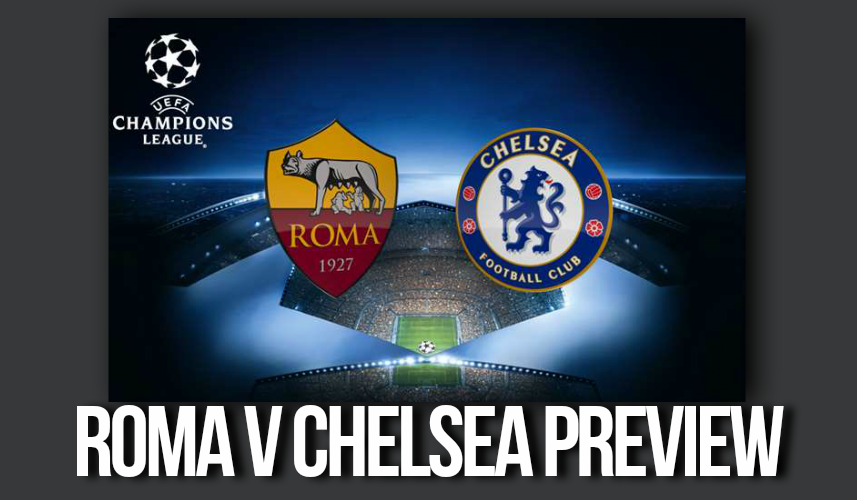 Bet Slip
Roma made an astonishing comeback at Stamford Bridge against Chelsea. They came back from being 0-2 down to draw level at 3-3. It was thanks to a couple of brilliant second-half goals by Bosnian striker, Edin Dzeko.

The Chelsea back-line that survived those nerve-wracking moments are at home now. They will have to make a daunting away trip to Rome to play the return leg at Stadio Olympico on October 31. The likes of Dzeko, Stephan El Shaarawy and Diego Perotti will be bearing down on the Chelsea defense backed by raucous home support.

Roma who dominated 60 per cent of the possession at Stamford Bridge are unlikely to let go of that stranglehold at Stadio Olympico. It may take moments of brilliance by Alvaro Morata and Edin Hazard to come away from Rome with a positive result. Morata who seems to have lost the form he showed at the beginning of the season sorely needs to up his game for the Roma clash.

The Roman outfit are just two points away from their weekend opponents. They are currently the Group C toppers and have the chance of moving past them with a win. The Chelsea defense have been repeatedly tested of late. This was evinced from their games against Roma and Watford (in the Premier League) where they have conceded five goals.

Gary Cahill, David Luiz and Azpilicueta have been behaving more like forwards rather than defenders. By leaving ample space for rival attackers to move in and make their kill. Against the likes of Dzeko & co. this could prove to be costly. The prolific Bosnian is Roma’s top scorer with ten goals already from his twelve outings so far.

On the domestic front, Roma's performance has been average. They are currently in the 5th spot of the Serie A table with 18 points (with one game less played than the others). Even a win in their forthcoming fixture with minions Crotone will keep the Giallorossi rooted to the same position. They are still a clear four points behind Lazio.

Chelsea are 4th in the English Premier League presently after their win against Watford and should remain in the Top Four post their weekend clash against Bournemouth.

Both Chelsea and Roma met in the UEFA Champions League in 2008 and won their respective home matches. But that having taken place almost a decade ago, history will have little bearing on October 31st's proceedings at Stadio Olympico. But current forms will. Bookmaker odds suggest a very close game. However Roma with a home advantage could carry the day.

Coach Eusebio Di Francesco of Roma will probably adopt a 4-3-3 formation that suggests more attacking intent. Chelsea’s Antonio Conte will stick to his favoured 3-4-2-1. This facilitates a “hit-on-the-breaks” style of play with someone like Morata playing the lone striker.