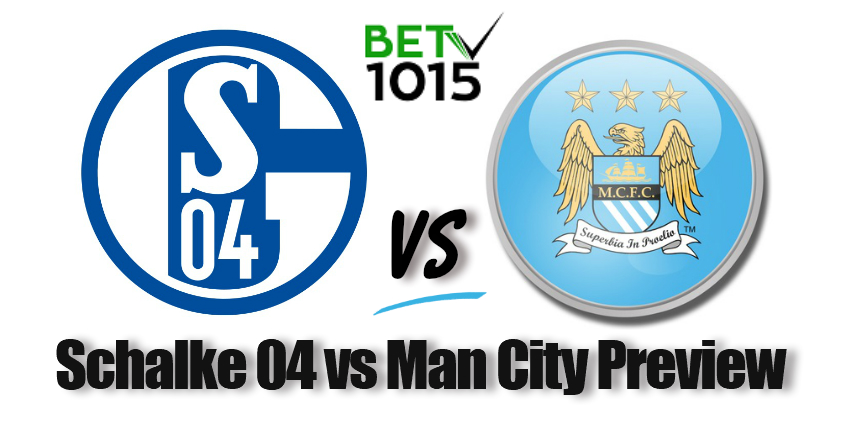 Correct Score predictions for the 20/02/2019 Schalke 04 vs Manchester City match.

* The Schalke 04 vs Manchester City odds are taken from online bookmaker Betfred and were correct as of 19/02/2019 – subject to change.

Having cruised to the top of the Premier league table and cementing a place in the FA Cup final, a confident Manchester City head for the western German city of Gelsenkirchen to play Schalke 04 in a UEFA Champions League (UCL) ‘Round of 16’ clash on February 20th night.

Pep Guardiola's men topped a group that had teams like Lyon, Shakhtar Donetsk and Hoffenheim while their mid-week opponents finished ahead of Galatasaray and Lokomotiv Moscow as the comfortable runners-up to FC Porto in a somewhat weak Group D.

For Domenico Tedesco's men, the 2018-19 season has been a big disappointment. Schalke are tottering at the 14th spot on the Bundesliga table and are on a run of 4 matches without a win.

The German club has injury issues as well with 22-year old forward Breel Embolo a long-term absentee, center-back Benjamin Stambouli with an injured cheekbone, mid-fielder Alessandro Schopf (knee) and Steven Skrzybski (hamstring). Striker Guido Burgstaller made his first appearance in more than two months from the bench on Saturday following Achilles and groin issues and could well start off at the Veltins-Arena on Wednesday.

City, meanwhile, remain without Claudio Bravo and Vincent Kompany out long-term with Achilles and muscle injuries. Benjamin Mendy is still yet to play after making a brief return from his lingering knee injury against Burton. Sergie Aguero and Raheem Sterling who were rested in the team's 1-4 win over Newport City in last weekend’s FA Cup clash will surely make a comeback for the mid-week UCL fixture in Germany.

It would be a miracle if Schalke were to pull something out of the hat on Wednesday. Bookmakers' odds tell what the match could look like.

Sergio Aguero at 11/4 looks a very likely first scorer given the form he is in of late.