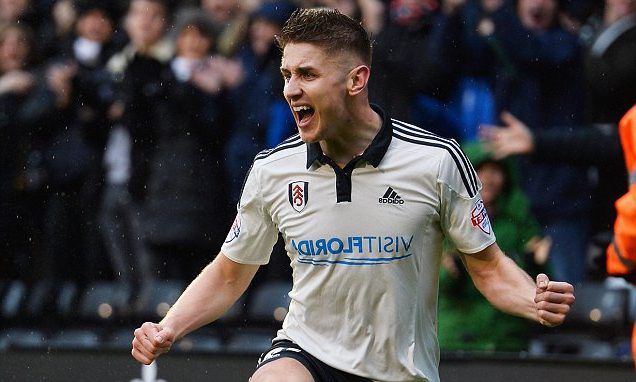 Tom Cairney to start for Scotland against Canada on Wednesday

These two nations do not have much footballing history between them with only two matches being played, one in 2002 and the other in 1992, the Scots having prevailed on both occasions with identical scores of 3-1.
For the Canadians, football is apparently not a very important sport and interest in it is on the wane as is manifest from their FIFA rankings which currently stands at 117th down from a high 40 in 1996.

The Canadians' only victory in the recent past has been a 2-4 against minions Bermuda in January this year. Prior to that they lost to South Korea, Morocco and even Mauritania by steep margins, failing to score even once.

Scotland under Gordon Strachan look a much better-prepared side and present an infusion of youth in the form of midfielders Stuart Armstrong from Celtic, Tom Cairney from Fulham and Ryan Fraser from Bournemouth. his should add an element of excitement to a side that's been struggling to make a mark in the WC 2018 qualifiers.

Injuries to players like James Morrison, Matt Phillips and James McArthur throws up an opportunity for Cairney, especially, to showcase his skills at Easter Road come Wednesday. Cairney has been impressive as an attacking midfielder for English League One side, Fulham, and accumulated 9 goals from his 41 appearances for the club. Robert Snodgrass and Matt Ritchie, who are high on the scoring department could be rested or introduced for a limited period by Strachan for the Canada clash, keeping in mind the big WC 2018 qualifying match against Slovenia on Sunday. Matt Philips, Chris Martin, Grant Hanley, Charlie Mulgrey and Ryan Fraser all of whom have been impressive for their respective clubs could feature at the Easter Road clash.

For Ecuadoran Octavio Zambrano, who was appointed the Canadian team coach on as recently as 17 March, Friday, it will be a challenge to extricate his team from the current dismal levels to something more respectable on the world stage. For Canada, the most recognizable face is Simeon Jackson. The 29-year old Jamaican-born striker who plays for League One English side, Walsall F.C.. On an international level, he has earned as many as 48 caps for Canada and undoubtedly its most experienced player. Dundee’s Marcus Haber and Cardiff City’s Junior Hoilett are among other notable players. Tosaint Ricketts, the top scorer for the Canadians is a surprise omission, though.

All in all, one expects the fare at Easter Road to be one-sided as the heavy odds by bookmakers on a Scotland win would suggest.