Home Football betting Southampton vs Arsenal Prediction – Gunners could be leveled by Saints at 14/1
1. 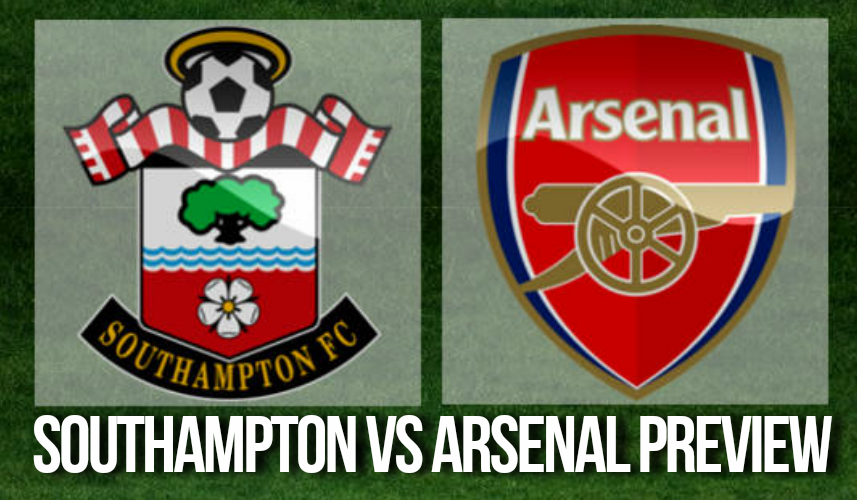 Southampton's progress in the 2017-18 season is not very dissimilar to their previous one where they hovered in the region of 9th to 11th spots for most of the season before finishing on 8th.

The Saints are currently in the 11th spot after a patchy run interspersed by draws, losses and rare wins. After a spell of low scoring matches, the 4-1 win against Everton in November came as a pleasant a surprise and suggested a turn-around of sorts.

The 1-2 defeat to Manchester City following that was understandable, but what queered the pitch was a 1-1 draw against Bournemouth that seemed to suggest that the Saints had returned to their old ways of not getting enough goals.

The Saints have seven goals from their games against West Ham and Everton alone, but a measly eight from their remaining thirteen games.

They still rely on the injury-prone Charlie Austin to provide them the goals (he's been their highest scorer with 4 goals from his 11 appearances), given that key strikers Manolo Gabbiadini and DusanTadic have under-performed.

Arsenal meanwhile botched up a great chance to move ahead with three points at Emirates. They lost 1-3 to Manchester United on Saturday. Arsenal were unfortunate not to win the game hands down. This considering they hogged 75 per cent of the possession. They had as many as fifteen shots on target.

This in contrast to United's four, but some exceptional goal-keeping by David De Gea put paid to a positive result for the Gunners. Sead Kolasinac, Granit Xhaka, Aaron Ramsey and Bellerin were phenomenal in the mid-field, creating opportunities for the likes of Ozil, Sanchez and Lacazette upfront. But it was the finishing that narrowly eluded the Gunners.

If Arsene Wenger's men are half as effective as they were in ball-possession and attack, Southampton defenders will be in for a torrid time at St. Mary's on Sunday.

That Arsenal will dominate possession is a given, but the Saints can take a leaf out of United'd book and try to hit the visitors on the break.

Arsenal, who are already into the knock-out phase of the Europa League having comfortably led the Group H cluster of four, host ousted BATE Borisov in a pressure-less outing on Thursday before moving to Southampton on Sunday.

Bookmakers are wagering on an Arsenal win in the December 10th clash at the St.Mary's stadium.

The Gunners will probably be entrenched in the 5th spot for the time-being even if they were to win Sunday’s game. This in the light of Liverpool’s easy outing with Everton. Southampton have lost three of their five previous outings to Arsenal and won only one.