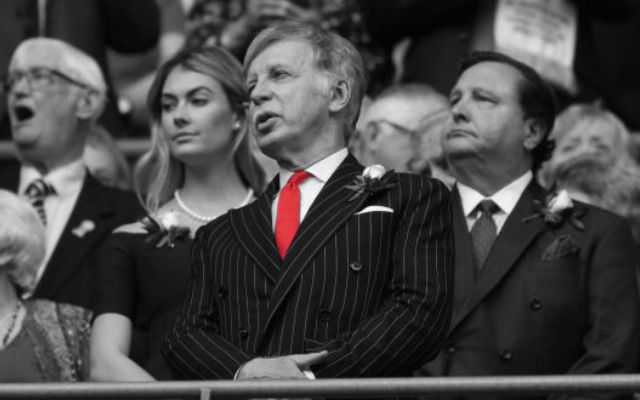 Stan Kroenke has had a bid accepted by Alisher Usmanov to become the sole owner of Arsenal Football Club (via The Telegraph).

It’s the news which the vast majority of Arsenal fans have dreaded but Stan Kroenke and KSE Holdings are now reportedly the sole owners of the football club.

The news spells an end to a decade-long power struggle in the Arsenal boardroom which culminated in Stan Kroenke’s bid to buyout Alisher Usmanov’s shares.

Usmanov and his company, Red & White Holdings owned 30% of the club’s shares but has reportedly accepted a £540 million offer from Kroenke and KSE Holdings.

“We at KSE are moving forward with this offer leading to 100% ownership of the club,” said Kroenke.

“We appreciate Mr Usmanov’s dedication to the Arsenal Football Club and the storied ethos and history the club represents.”

The deal will also force the sale of the remaining 3% of shares which are currently held by smaller companies or individuals, many of whom are Arsenal supporters.

With that in mind, the message from the Arsenal Supporters’ Trust was a lot less dire.

“Stan Kroenke taking the Club private will see the end of supporters owning shares in Arsenal and their role upholding custodianship values.

“The AST is wholly against this takeover.  Arsenal remains too important to be owned by any one person.”

It is a time of tremendous change at Arsenal Football Club and it appears as if Stan Kroenke has used that as an opportunity to take full control of the club. This will fundamentally change how Arsenal FC operates as a business with events like the AGM a thing of the past.