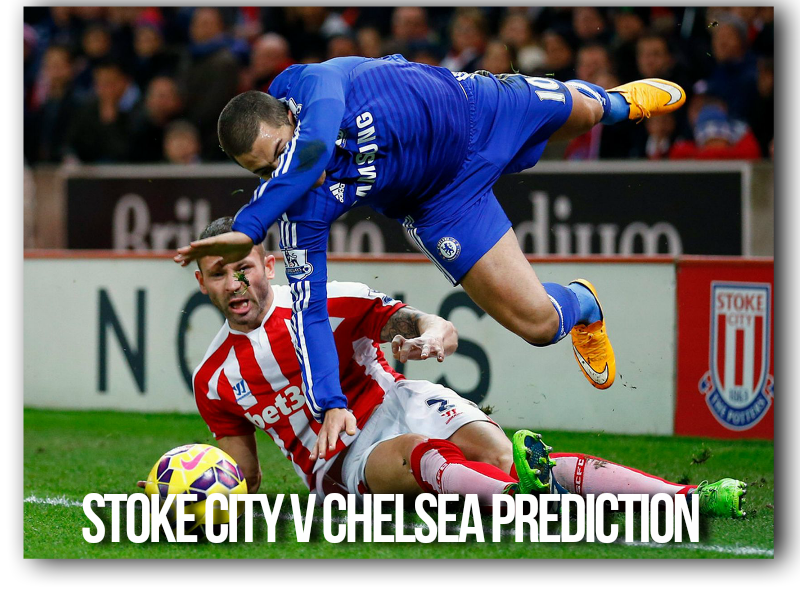 While Stoke have been brilliant in their performances against top-flight clubs (a 1-0 win over Arsenal, a 1-1 draw against West Brom and 1-1 with Manchester United), defeats against lesser clubs like Everton and Newcastle have set them back a bit.

The Potters have mustered just five points from their five Premier League games. It's been their callousness at the back that has led to their downfall. While Chelsea loanee Kurt Zouma has been impressive, it's been the poor showing of fellow defenders Bruno Martins Indi and Kevin Wimmer that's been of some concern to coach Mark Hughes.

Going into Saturday's match against Chelsea at their own backyard, the bet365 Stadium, folks like Jese and Choupo-Moting will need to find the form they showed against Arsenal and Manchester United where they found the back of the net on more than one occasion.

The brilliant Xerdan Shaqiri will be a constant threat to the Chelsea goal with the Swiss's penchant for “outside the box”(long-range) goals that just seem to come out of the blue.

For Chelsea fans, the return of Eden Hazard is a welcome signal for the Blues attack already strengthened this season by the advent of Alvaro Morata from Real Madrid.

The electric Hazard who made a late but brief entry into Saturday's clash against Arsenal at Stamford Bridge gave a scintillating display of his dribbling and shooting skills that had the Arsenal defense and goalie napping for a moment.

The Chelsea defense of Azpilicueta, David Luiz and Cahill that seemed rattled by the sudden counter-attacks resorted to by the Gunners, could find themselves in some amount of discomfort in face of the blistering “hit on breaks” moves led by the likes of the very speedy and talented Eric Choupo-Moting and Shaqiri, of course.

The Blues will miss the services of the dynamic play-maker David Luiz at the back, red-carded for a foul on Arsenal's Sead Kolasinac. The very talented Antonio Rudiger will most probably come in to fill in for Luiz. The upfront space as far as the Blues are concerned will be filled up by usual suspects Morata, Willian, Pedro and Hazard (who could start in place of Alonso).

This will be Stoke's third match at home and that too against a team in the Top 6. After the show they put up with Arsenal and United earlier on, nobody expects a Chelsea walkover. But Chelsea have a good record against the Potters, emerging winners in three of their last five Premier Leagues encounters.

As far as a Stoke City v Chelsea prediction, UK bookmakers are going for a Chelsea win at the bet365 Stadium on Saturday afternoon. Antonio Conte's men have too much firepower in their ranks to allow Stoke to spring their third surprise of the season. But the hosts, too, very much have the goods to pull off a shock result.