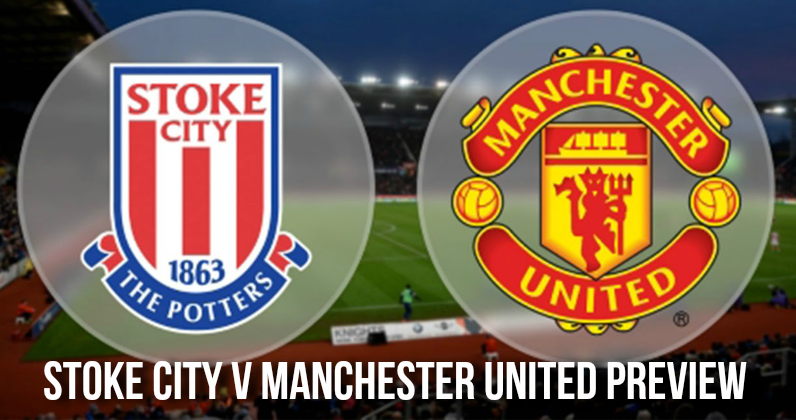 Jose Mourinho's Red Devils have been in stupendous form and off to one of the club's best starts to a season in a long, long, time. With three big wins and all with clean sheets, a confident Manchester United head for Stoke City to take on the coach Mark Hughes’ Potters at the Bet365 Stadium this weekend.

United will see a lot of their top-drawer players like Romelu Lukaku, Paul Pogba, Nemanja Matic and Henrikh Mkhitaryan return from serving their countries in the WC 2018 qualifiers by mid-week.

Lukaku, United's prized acquisition will be raring to go at the Stoke defense hot on the heels of his hat-trick for Belgium in a World Cup qualifying match against Gibraltar. The mercurial Belgian has already accounted for three of the eight goals United have scored from their three Premier league games so far.

Along with the speedy Marcus Rashford and the back-in-form Pogba, Lukaku will prove to be a handful for the Stoke defense. Rashford was especially been brilliant in the Malta clash where he set up Harry Kane's second goal in England's emphatic 4-0 win.

The complete possession and domination game adopted by Mourinho in United's three matches so far have meant that the defensive line-up of Valencia, Eric Bailly, Phil Jones and Daley Blind have hardly had much to do. Of the three teams that United have bested so far, Stoke City playing at home could prove to be the toughest opponents.

The Potters have the caliber of players like Xherdan Shaqiri, Jese Rodríguez, Peter Crouch and Eric Choupo-Moting who may not be in the best of form of late but have the firepower upfront to trouble a complacent United defense.

For Stoke, a big loss will be that of Darren Fletcher who was so impressive in the drawn match of 1-1 against West Bromwich a week ago. The key Scottish mid-fielder was seen hobbling with a knee-injury post the West Bromwich clash. Fletcher's absence means that Joe Allen will have to take up responsibilities in the mid-field space.

Allen will be returning later this from his international duties for his country, Wales, in the WC 2018 qualifiers.

As far as the attack is concerned, Mark Hughes still will have to rely on the lanky Peter Crouch to get him vital goals as he did with an equalizer against West Bromwich.

Stoke will see more of their £26 million acquisition, Jese, given the poor form of 24-year old Burundi-born, Saido Berahino, who is yet to find the back of the net from his 15 appearances for the Potters. So it will be up to the likes of Jese, Shaqiri, Choupo-Moting and Crouch to end Manchester United's run of three consecutive clean-sheets.

The Potters have won just once in their five previous outings with United. United haven't won any of their three away games against Stoke City. But that could hardly affect their game given the great form they are in. Stoke need to salvage themselves from the 11th spot they are in with 4 points (1W/1D/1L).

The paltry two goals they have scored from their three outings this season will hardly worry United. Jose Mourinho's men are well-poised to accumulate three points from their September 9th game.