Stoke City vs Arsenal – Gunners to Smash Potters at 15/1 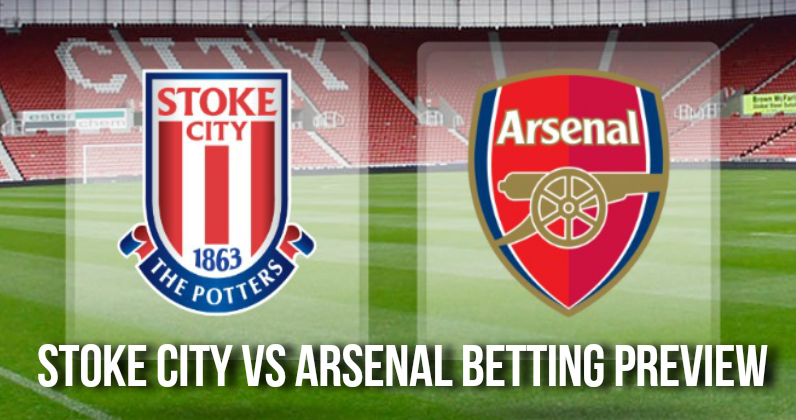 Arsenal will make a trip to Stoke City on Saturday. They play an opponent whom they have bested even in their worst phases. The advent of their £52 million acquisition from Lyon, Alexandre Lacazette, has injected fresh hope among Gunner fans in the wake of one of their worst seasons in history. The Frenchman opened his debut with a goal in the 2nd minute of the game against Leicester.

In the absence of Alexis Sanchez (whose fate at the Emirates still hangs in balance), Lacazette has combined brilliantly with Ozil, Welbeck and Oxlade-Chamberlain upfront.

Defensively Holding, Monreal, Kolasinac and Bellerín were still sloppy at the back. They allowed Leicester City to score 3 away goals last weekend. The day was saved by a late goal from Olivier Giroud. So all the hard work done upfront by the Gunners attack could have come to nought. This is something Wenger's men will have to watch out at the Britannia stadium on Saturday.

Wenger may still persist with the same combinbation and although there is pressure on him to play more of Giroud in a game, the Frenchman could be introduced into play a little late as usual to score those vital dying-minutes goals. But this could be a risk worth taking for Wenger against a not-so-formidable opposition like Stoke City.

The Stoke attack will have to do without the services of one of their more prolific scorers, Marko Arnautovic. He was sold to West Ham United for £24 million. Saido Berahino, who plays as a on-and-off striker for the Potters failed to impress once more (the Burundian hasn't scored from his 14 outings for the club so far).

Mark Hughes took some time to replace Berahino and brought in Schalke import Eric Choupo-Moting in the 72nd minute. The German forward was truly impressive in the short time he featured in the Everton game. Choupo-Moting ability to play on both flanks, the ball-control and the power he possesses in dribbling should worry Arsenal defenders if he were to start the game at the Britannia on Saturday.

The introduction of Chelsea-import Kurt Zouma in the center-back position should make a difference to the Potters' defences as the Premier League progresses. Zouma will have the company of the redoubtable Ryan Shawcross at the back. As for getting goals, with the likes of Xherdan Shaqiri and Krkic Perez not in the best of form, the newcomer Choupo-Moting could become a key figure for Stoke in the forward space.

Arsenal have not lost against Stoke in their last 5 encounters, having won four of them. Even in the dismal season of 2016-17, the Gunners emerged triumphant with home and away wins of 3-1 and 1-4.

Arsenal are the favourites for the August 19 match but their inconsistent defense could be their Achilles heel.