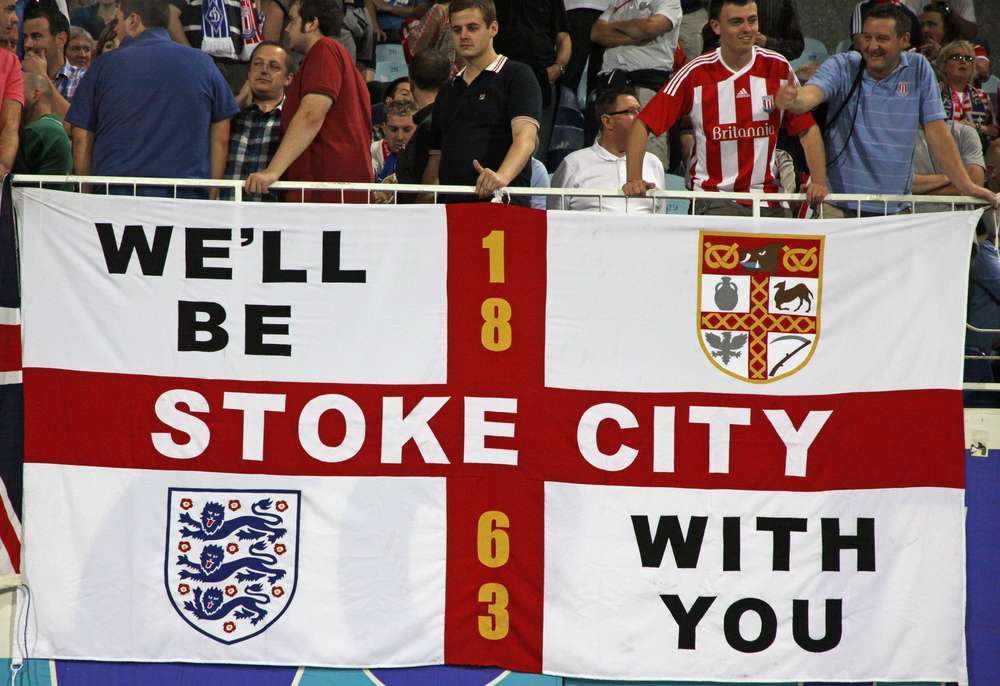 Coach Paul Lambert having taken over reins from Mark Hughes at the Bet365 stadium on the 15th, managed to extricate Stoke City from the bottom three of the table with a convincing 2-0 home win over a tottering Huddersfield Town on Saturday last.

The first thing Lambert did was to strengthen the Stoke defense that's been the team's weakness all along this season. The Potters have conceded a staggering 50 goals from their 24 games. This is by far the highest any team has let in. The new coach's defense stratagem got a shot in the arm with the return of center-back Ryan Shawcross, recovering from a calf injury. This was evinced from the fact that Huddersfield couldn't even manage one shot on the Stoke goal.

Joe Allen and Mame Biram Diouf, who came good in the game against Huddersfield were into goals after a gap of four and seven matches respectively. Xherdan Shaqiri looked very much like the player of old and all said, this phase of recovery for the Potters under Lambert could stand them in good stead when they prepare to receive a demoralized Watford on January 31.

The only bad news could be the possible exit of their lanky veteran striker, Peter Crouch, who is rumored to make a move to Chelsea very shortly.

Watford have lost 8 of their last 10 Premier League games. Their last defeat to Leicester City on Saturday left no room for the management but to replace head coach Marco Silva with Javi Gracia.

Watford, who had started the Leicester game with strikers Richarlison, Andre Carrillo and Troy Deeney up front called in reinforcements in the form of Andre Gray and Stefano Okaka half-way through but goals didn't come.

The Hornets have been through a goal drought of late getting only five from their last eight games. Record-breaking acquisition from Burnley, Gray, has scored a measly four goals this season and the mercurial Deeney is well below his best, too.

The defense of Daryl Janmaat, Molla Wague, Christian Kabasele and Marvin Zeegelaar have been a shaky lot at the back and frequent replacements in the space with the likes of Stefano Okaka and Sebastian Prodl haven't helped. But despite all this, it's hard to believe that Watford are still in the top half of the table in the 10th spot.

Watford have a tough 4th round FA Cup clash against Southampton on Saturday, January 27th, before they head for the Stoke City next week. Given the fact that the Hornets consistently lost to lower half teams like Swansea City (20th on the EPL table), Huddersfield (14th and suffering a 1-4 thrashing), Brighton & Hove Albion (16th) and Crystal Palace (13th) within a span of a month, it looks unlikely that they could hold a candle to the likes of Shaqiri, Joe Allen, Diouf and the very talented Alex Choupo-Moting at the Bet365 stadium come January 31, Wednesday.

It's time for Paul Lambert's Potters to move up the table.

But Watford may not be push-overs either. The Hornets were in the Top Four till mid-October after their eight initial Premier League games.

Some of their note-worthy achievements in that phase were a 3-3 draw with Liverpool, a 2-1 win over Arsenal and 2-0 against Southampton.

New coach Javi Garcia needs to re-create that lost form for Watford. But the visiting Hornets are indeed the underdogs for the moment going into the month-end Premier league clash.