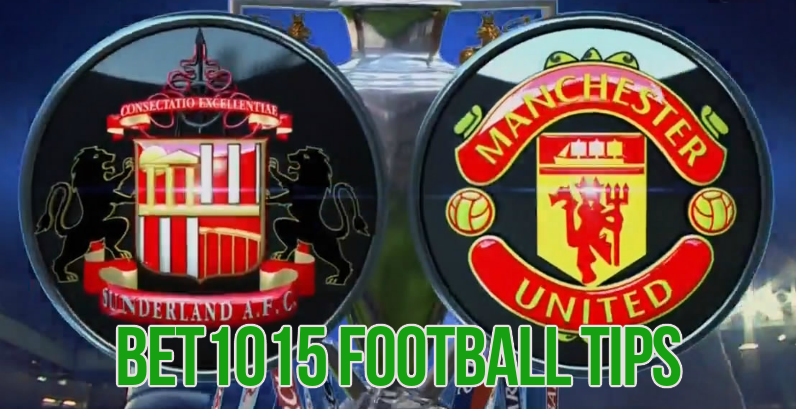 Sunderland aren't far from bidding the English Premier League goodbye after having spent 10 seasons since 2007-08. At the bottom of the EPL Table with just 20 points to their name and a distant 8 points away from 18th placed Swansea City, there's little hope they can stave off relegation this time around.

Despite their run of 20 unbeaten matches, Jose Mourinho's Manchester United just don't seem to be coming out of the quagmire of draws they have got themselves into over the months.

In fact, the result of their last fixture at Old Trafford was a 1-1 against Everton. That took their tally of draws to 12 which is the highest among all Premier League teams.

Only Middlesbrough with 11 are the only other side to cross a count of double figures on this score. The clash against Sunderland provides the Red Devils with the best opportunity in a long time to muster three valuable points.

For David Moyes, his over-dependence on Jermain Defoe to get goals has come at a price. The 34-year old international striker has completely gone off-color in the past few months. Goals have dried up altogether for the Black Cats and they have just stumbled from one defeat to another.

Sunderland's last goal had come 10 matches back against Stoke City in January. Of the 32 goals they had scored till then, 14 came from the boots of Defoe, alone.

For United, Zlatan Ibrahimovic was back from his suspension to feature in the Everton game on Tuesday. True to form he accounted for the lone goal his side got. Playing behind him at the Stadium of Light on Sunday could be the trio of Marcus Rashford, Henrikh Mkhitaryan and Jesse Lingard.

A recovered Juan Mata could very well make his way into the starting XI and replace Rashford, who has been out of form of late.

Anders Herrera and Michael Carrick will man the midfield while Ashley Young, Marcos Rojo, Eric Bailly and Antonio Valencia will bring up the back. David De Gea should be the automatic choice for the goalkeeper's slot.

Interestingly, Sunderland have emerged winners twice from their previous six encounters with Manchester United. Quite shockingly the Red Devil's last trip to the Stadium of Light in Feb 2016 had ended in a 1-2 defeat.

Bookmakers are not expecting such an event to repeat again. They are wagering on a comfortable United win in Sunday's afternoon game. Although odds for a draw are not too low either.