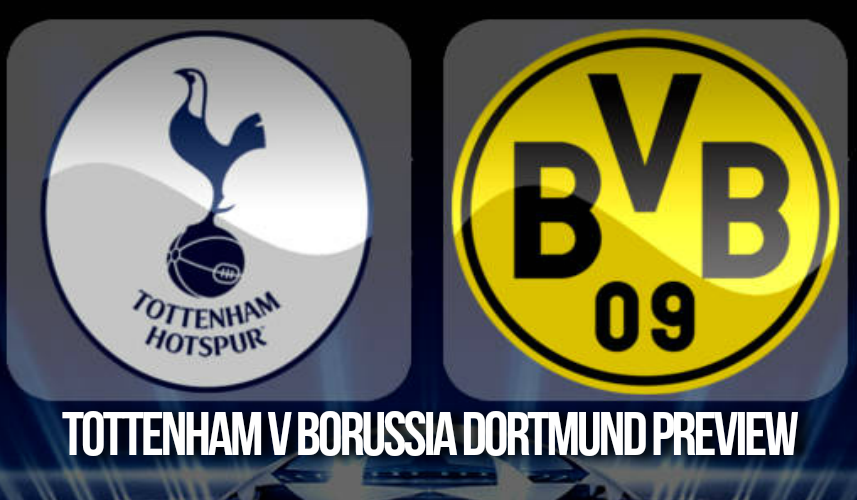 Tottenham Hotspur find themselves pitted against champions Real Madrid and Bundesliga runners-up Borussia Dortmund in the Group H cluster of the UEFA Champions League of 2017-18.

Spurs’ previous experiences with German clubs have not been all that pleasant and both their outings in the 2016-17 season against a not-so-formidable Bayer Leverkusen had ended in a draw in one and a loss in the other. Not surprisingly, Mauricio Pochettino's men were knocked out in the Group stage itself. To make matters worse for them, they are faced with much more daunting opposition this time around in the Tottenham Hotspur v Borussia Dortmund clash .

Despite the line-up of international players like Harry Kane, Del Alli, Eric Dier, Danny Rose & Kieran Tipper and a near awe-inspiring presence in the English Premier League circuit, the current runners-up tend to fizzle out of form in their European outings.

Borussia Dortmund seems to have taken Ousmane Dembele's departure without breaking a stride, brushing aside opponents VfL Wolfsburg and Hertha BSC 0-3 and 2-0 in their opening two Bundesliga fixtures.

Apart from Dembele's absence, the Black and Yellows are having to deal with some serious injury issues. Ex-Chelsea star and German international Andre Schurrle is ruled out of the Tottenham clash with a thigh injury.

One of the clubs key players and icon, the injury-prone Marco Reus has been ruled out till the end of the year. Even without the Dembele-Schurrle-Reus trio, Dortmund have enough firepower upfront in the form of Pierre-Emerick Aubameyang (the club and Bundesliga top-scorer for the 2016-17 season with 31 goals) and World Cup 2014 winner Mario Gotze.

Gotze, who has returned from a 5-month long injury hiatus played for an hour in the Wolfsburg game. But whether he will be fully fit for the Tottenham Hotspur v Borussia Dortmund clash is debatable.

The new talent on which Dortmund spent £90 million from the proceeds of the £97 million Dembele sale will also be given a pass for the forthcoming UCL opener. New manager, Peter Bosz, is likely to rely more on experience with names like Lukasz Piszczek, Sokratis Papastathopoulos, Marc Bartra and Nuri Sahin dotting the defensive and mid-field space.

For Tottenham, the need to score as many goals as they can in the home-game will be of paramount importance keeping in mind how difficult their return trip to Dortmund at the month-end would be. The focus at Wembley will be on the goal- scoring abilities of star English striker, Harry Kane, and how effective it will be for the Spurs.

Despite being a depleted outfit, the visitors from Dortmund are expected to prevail. The only time the two had previously met was in the 2015-16 season when Dortmund had beaten Spurs 3-0 and 1-2 in home and away legs respectively.