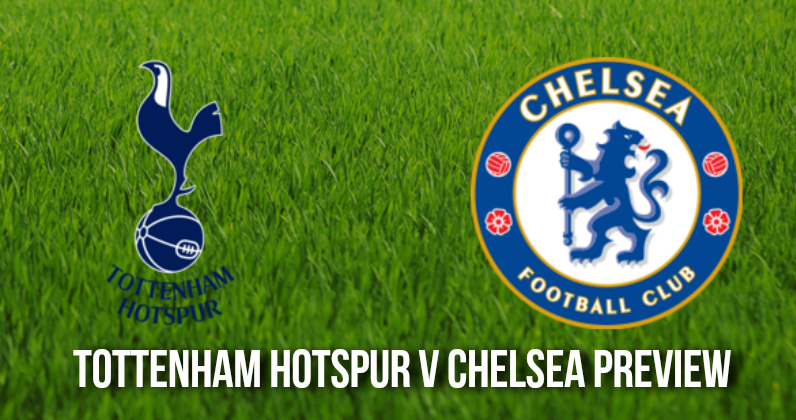 Chelsea had a nightmarish start to their 2017-18 Premier League campaign. They were bested in their own backyard 2-3 by rank outsiders Burnley last week.

To compound Antonio Conte's agony, Gary Cahill and Cesc Fabregas were red- carded. Had it not been for the heroics of their £70 million acquisition Alvaro Morata, the margin of defeat could have been worse. In the aftermath of the Stamford Bridge disaster the last thing the Blues would have wanted was a Derby encounter with one of the most difficult oppositions of the Premier League in the form of Tottenham Hotspur.

With two of their key men in the defense and midfield space out of action for the coming clash with Spurs, Conte will have to depend on David Luiz to play a more forward role with N’Golo Kante. This leaves a shaky trio of Cesar Azpilicueta, Andreas Christensen and Antonio Rudiger at the back to deal with the rampaging Harry Kane and Del Alli.

It is hoped that Pedro will return from his injury hiatus to give the Chelsea attack some teeth, what with Eden Hazard still looking doubtful. But what will give Conte hope is the splendid debut show put up by his Real Madrid hit man Morata. The 24-year old single-handedly looked like turning the Burnley game around with a hand in both of his team's goals.

Shockingly there are reports emanating from Stamford Bridge that the young Spaniard striker is not happy with Chelsea and Conte will have to go that extra mile to ensure that his prime goal-getting hope is placated.

A highly depleted Chelsea will probably go in the Wembley clash in 3-4-3 formation with a probable line-up that may look like this: Courtois (goal); Rudiger, Christensen, Azpilicueta; Alaonso, Kante, Luiz, Moses; Morata, Batshuayi, Willian.

Tottenham seemed to have shrugged off the loss of Kyle Walker and the replacement they found in the 20-year old Kyle Walker-Peters at the back made up for the absence of the Spurs defensive veteran.

Walker-Peters did some incredible defensive work for someone so young and not surprisingly was voted man of the Match in his side's 0-2 win over Newcastle last weekend.

Mauricio Pochettino will probably stick to an identical starting XI as he did against Newcastle. Although he may introduce Victor Wanyama and Heung-min Son at some point of the game.

Harry Kane will be looking for his 100th goal for Tottenham. The way things are going for his Sunday's opponents, Kane could very well get that at the Wembley this weekend. The probable line-up for the Spurs in a 4-2-3-1 formation would look like follows: Lloris (goal); Vertonghen, Alderweireld, DierWalker-Peters; Wanyama, Dembele; Davies, Eriksen, Alli; Kane.

Both sides have shared the spoils from their previous five encounters having won two games apiece. But for the Wembley game, Spurs look the favorites. We could have a fascinating game of football so early in the season.